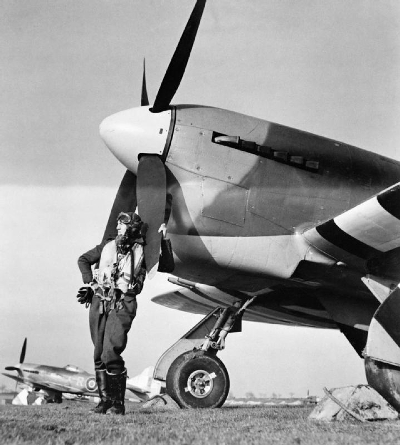 Jimmy Cullen from Waihi, New Zealand, joined No. 486 Squadron in December 1942. He was awarded a DFC on 17 November 1944, and following a rest from operations he was posted in February 1945 to command No. 183 Squadron on Typhoons.