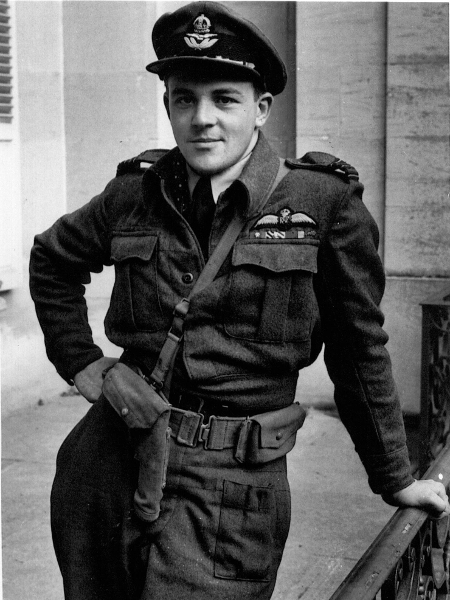 Roland "Bee" Beamont was born in Chichester, Sussex, on August 10 1920. In 1927 he experienced his first flight, in an Avro 504, and sowed the seed of a lifetime of aviation interest. Beamont was educated at Eastbourne College. In 1942 Beamont married Shirley Adams, who died in 1945 while he was still a PoW. In 1946 he married Patricia née Raworth, who died in 1999. There was a daughter of his first marriage and two of his second.

His entry into the RAF was delayed because he failed his Schools Certificate exam, but after a sixmonth crammer course he re-sat the exam. He posted his application for a shortservice commision the same day! Beamont was to report for flying training to No 13 Elementary Training School at White Waltham on January 2 1939. After posting at No 13 Advanced Training School at Dream and No 11 Group Fighter Pool Operational Conversion at St Athan, he was posted to 87 Sqn, part of the British Expeditionary Force in France. He joined his squadron on November 16 at Lille, France.

On May 1940, he scored his first kill, a Do17. He had a number of further combats before the fall of France, whereupon 87 Sqn was withdrawn to England on May 20.
After the Battle of Britain had been fought and won, 87 Sqn took on the nightfighter role with Hurricanes. He was attached to Hawkers at Langley in December 1941 as a production and experimental test pilot, where he tested Hurricanes and the new Typhoon. By July 1942 he was back in the frontline with 609 Sqn, flying Typhoons. In November 1942 he was promoted to Squadron Commander of 609 Sqn.

In May 1943 Beamont returned to Hawker for experimental duties on Typhoons and Tempests. His first flight in a Tempest was on the Mk. I prototype, HM599, on June 2 1943. He shared with Bill Humble the final development of the Tempest V. In 1944 Beamont (now Acting Wing Commander) was charged to form the first Tempest Wing, No 150, in time for the D-Day. Two days after D-Day Beamont's Wing encountered Bf109s over the beaches and shot down three of them without loss.

150 Wing were also downing V1s over Kent and by August the unit had accounted 638, of which 32 had fallen to Beamont himself. On October 2 he shot down his ninth and final 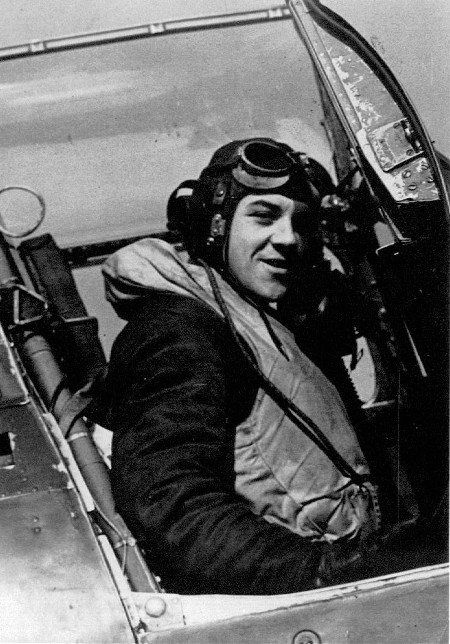 On October 12 1944 he was shot down by Flak 8 miles Southeast of Bocholt whilst attacking a heavily defended troop train (flying Tempest JF-L EJ710). He was captured and imprisoned at Stalag III at Luckenwald near Potsdam. He spent the rest of the war as a prisoner of war (POW) and was eventually released by the Russians in September 1945 who liberated the campin May 1945. Back in the Great Britian he served at the Central Flying Establishment at Tangmere, and then, as a Wing Commander Flying No 2 Wing at Chilbolton flying Tempests. In November he commanded the Air Fighting Development Unit at West Raynham, and in January 1946 he left the RAF.

In 1947 Beamont joined the English Electric Company as Chief Test Pilot. He managed all the prototype tests in the Canberra and the P1/Lightning test programmes, during which he became the first pilot to fly a British aircraft at twice the speed of sound. He was closely associated with, and flew, the ill-fated TSR2 until its political end.

From 1970 to 1979, as Director of Flight Operations, he was in charge of Tornado flight testing for British Aerospace and Panavia. During World War II Roland Beamont was mentioned in despatches (Battle of Britain) and awarded the DSO and Bar, DFC and Bar and the DFC (USA). Post-war, for his test flying he received the OBE and the CBE and was made Honorary Fellow of the American Society of Experimental Test Pilots. He was a Fellow of the Royal Aeronautical Society and a Deputy Lieutenant Lancashire (1977-81). 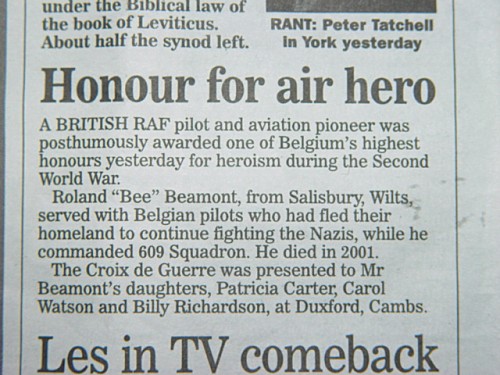 During The Flying Legends Air Show at Duxford, on July 12 2003, there was a worldwide reunion of 609 Squadron RAF, including veterans that participating in the Battle of Britain and current RAF Tornado pilots. The reunion was coming together to witness when the Belgian Croix de Guerre presented to the daughters of the late Roland 'Bee' Beamont 60 years after it was awarded to him in 1943.