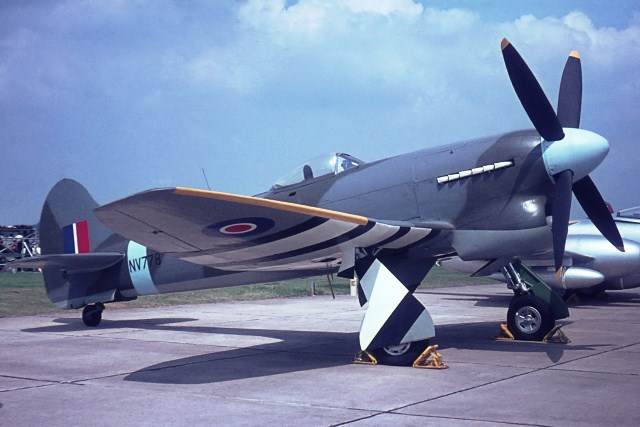 NV778 was built in November 1944 by Hawker at Langley, Bucks. On January 5th 1945 it was on charge at Napiers. After been damaged twice it was on January 26 1946 transfered to Hawker Aircraft, and was once again damaged on February 4th and not ready again until August 19. After spending 3 1/2 years in storage at 5 Maintenance Unit (MU) it was converted to target-tug (TT.5) in March 1950. Several moments later it (complete fuselage) was found in an old dispersal at North Weald, Essex.

NV778 was rebuilt to take part in the celebrations for the presentation of 33 Squadron's standard in 1958. It was reconstructed from parts of several aircraft in the Proof and Experimental Establishment, Shoeburyness, ranges. It then spent some years as a "gate guardian" at Middleton St. George, painted as 5R-F(SN219). When later restored at Cardington it was found out that 85% of the airframe is of NV778. Tailplanes, elevators and some panels are from SN219. Other aircraft which had been given parts to NV778 were Mk. VI NX262 (at least on panel), Mk. V EJ753 (a cannon cover) and Mk. II PR622 (cockpit undershield).

NV778 was displayed at several airshows and parades, but after refurbishment by 71 MU, it was in November 1972 displayed at RAF Museum, Hendon. In the early 1990s NV778 was moved to Cardington and maintenance. In December 2000 NV778 was moved from Cardington to RAF Museum's temporary facility at Wyton, Cambs. The RAF Museum Restoration Centre, at Cosford Shropshire, was officially opened on May 13 2002. The NV778 arrived at the centre in November 2001, but the rebuild restarted not until May/June 2002. NV778 was rebuilt and repainted as a Turget Tug.

On December 18th 2003 two new exhibition halls were opened for the public at Hendon - Milestones of Flight and the Grahame-White Factory. NV778, was hanging from the ceiling in the Milestone exhibition painted as a Turget Tug. But since early 2018 NV778 is displayed on the floor! 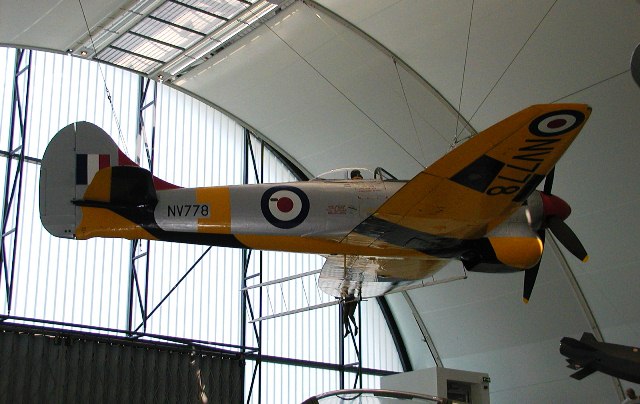 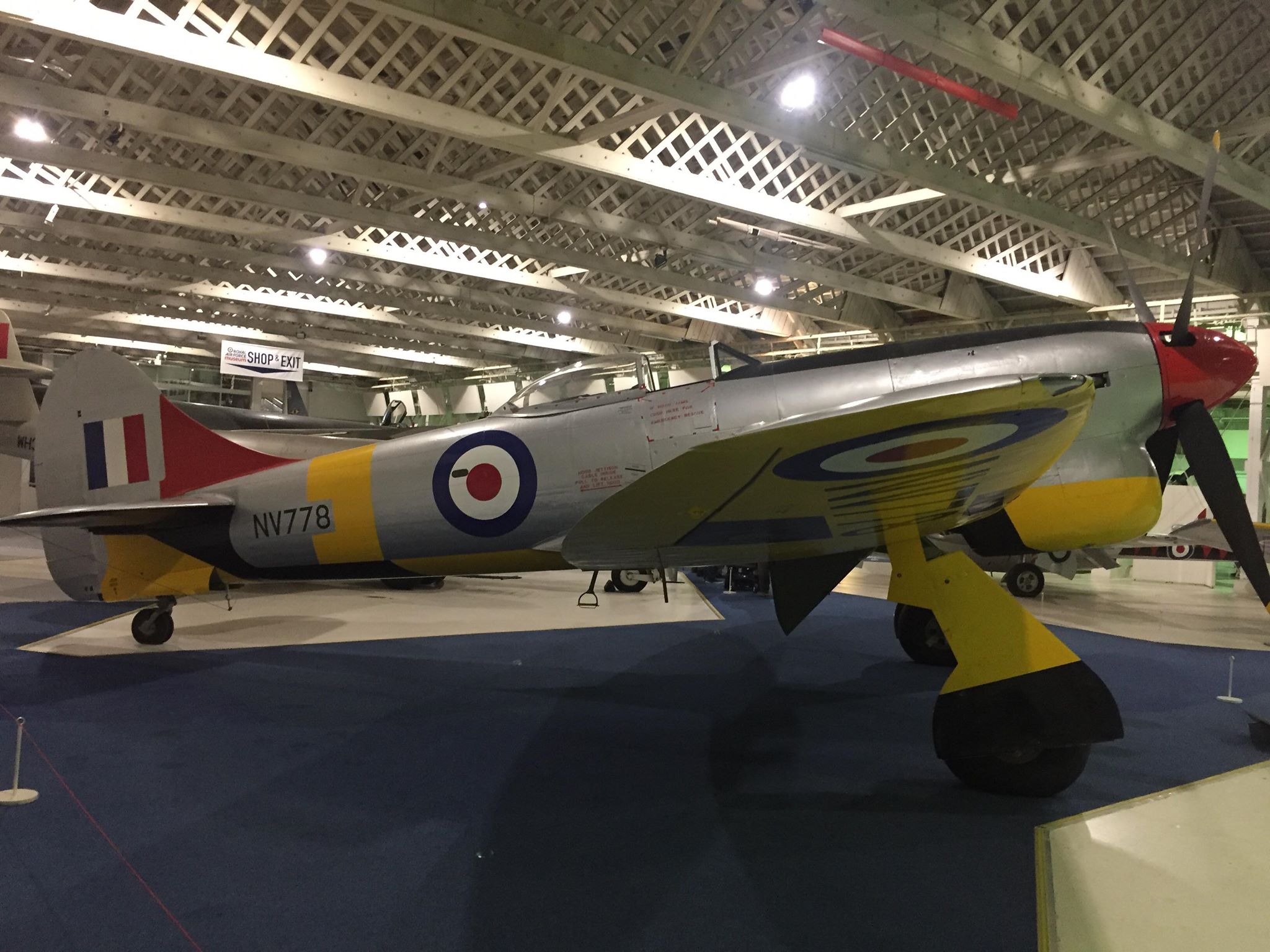