EJ603 was delivered to No. 20 MU (Maintenence Unit), Aston Down, on 18 July 1944 where it was brought up to operational specifications before being delivered to 501 Squadron at Manston on 30 July.

On 23rd September Flight Officer Gilbert Wild had an engine failure at 22.38 hrs while on V1 patrol. Gilbert later said that the incident happened just after he had been vectored on to a V1. The normal practice on these patrols was to fly 90 degress to the flight path of the incoming V1s, then dive and turn after them. It was at this point his engine died.

He had three things to do quickly:

- Get over land and away from the Essex Marshes, as they were a treacherous place to crash land an aircraft in or parachute into.

- Lose speed to be able to safely bail out.

He did these successfully, then inverted the aircraft and dropped out at 5000 ft. (In climbing out of the aircraft in the normal attitude there was danger in hitting the tail plane.) Gilbert landed in what was then a cherry orchard in Shrub End, Colchester, and was rescued by a man who lived nearby.

EJ603 crashed into a field at Stanway about 50 yards off the Maldon Road. It set fire to four haystacks and a threshing machine which was completely destroyed. A slightly damaged tractor and a fuel trailer which had been filled that afternoon were towed clear of the area by a passing American Army truck. EJ603 was categorized "Cat E", total write off. 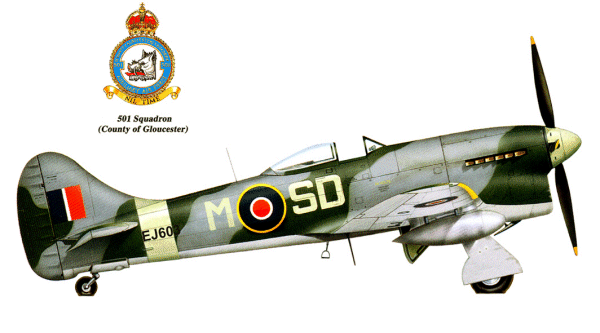 In the 80's an archeology group dug EJ603 up. It's now possible to buy parts of the Tempest from John Manning at Aviation Actefacts. (This email address is being protected from spambots. You need JavaScript enabled to view it.) John polish the parts up and they come with a brief history of the Aircraft. The key rings which are for sale are brass oil pipe junctions. 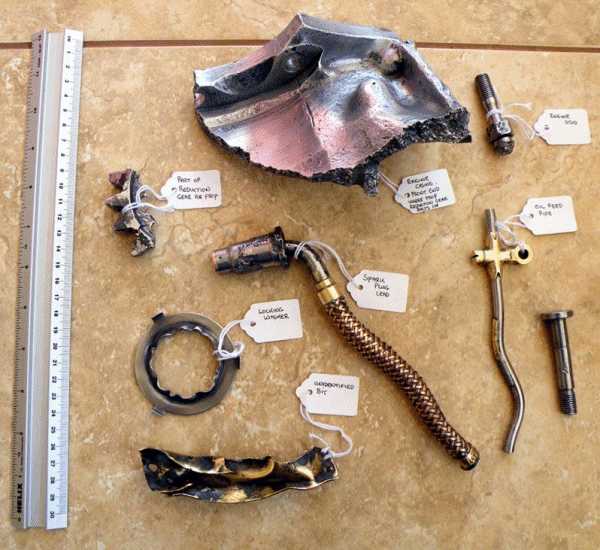