The Webmaster received these two photos:

"Hi don´t know if you are interested but i have an old picture of my late dad in Aden, but the thing that may be of possible interest is that he has written everey ones name on the reverse. My Dad, Harold Charles Sale, crossed legged on the front row right. Although he only served to do his National Service he was always mad on all things to do with aviation. He passed away in 1993, goodness knows what he would have thought of the internet!

Hope this helps in some small way.

Many thanks to Sarah sharing these photos! Note the last comment: "Infront of Tempest Mk VI NX152  written off later by John Sutton." Tempest to the left is easily identified as NX130. 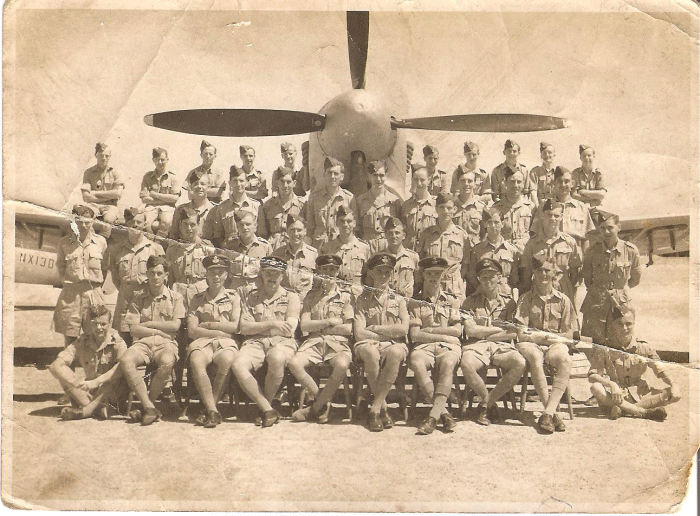 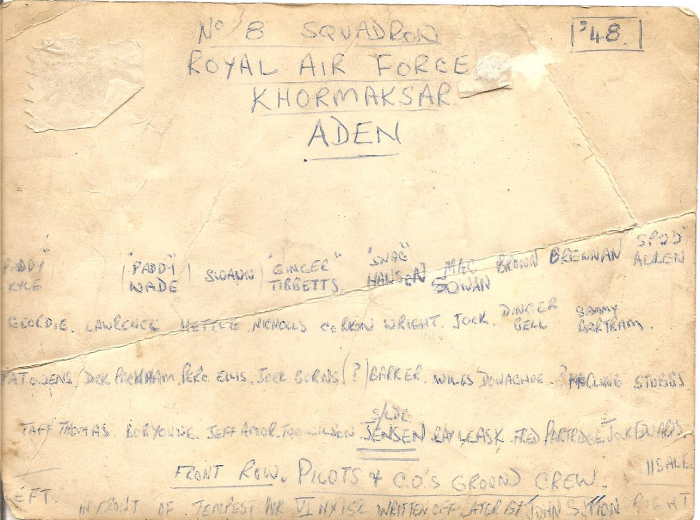