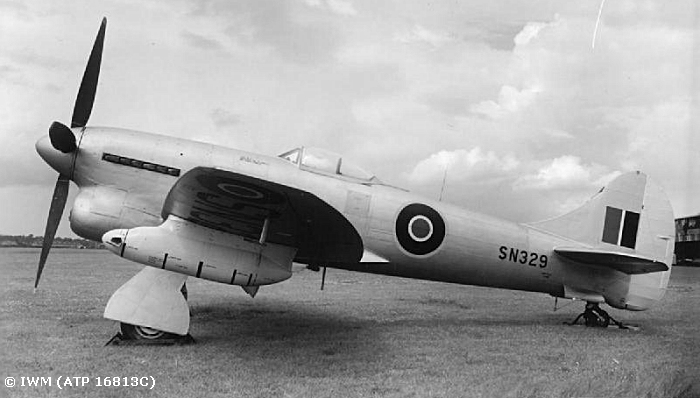 The Tempest rapidly disappeared in England after the war. But a number of aircraft were employed in second line roles. The most numerous were the Tempest Mk Vs target tugs. A prototype TT Mk V conversion was carried out using SN329. A Malcolm G-Type Mk II wind driven winch was fitted under the port wing (the pod was counter balanced by a droptank carried on the starboard wing), a cable cutter and a shock absorber beneath the fuselage, tail guard cables, a winch control panel replacing the gunsight, changes in navigation equipment and relocation of the IFF antenna. The cannons were removed and the gun muzzles faired over. 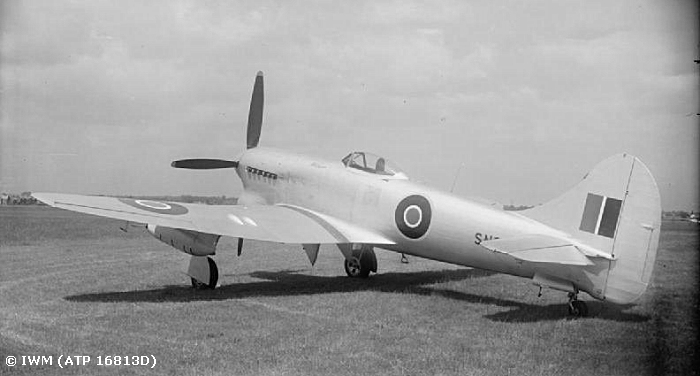 It flew in May 1947 and was handed over to AFEE at Beaulieu, it was also tested at A&AEE Boscombe Down in 1947-48. Production conversions were started at Langley in early 1949, but was simplified to a standard RAF sleeve target suspended from pick up points under the fuselage (this method required the target to be laid out on the ground prior the take off). 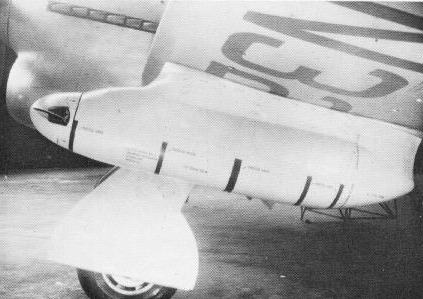