As part of the power plant testing, Napier had developed a unique annular radiator for use on the Tempest, in an effort to streamline the aircraft by doing away the big scoop radiator.
The radiator development program used two modified Tempest Mk. V, serials EJ518 (fitted with a Sabre VI) and NV 768. NV 768 was later fitted with a ducted spinner with the same diameter as the fuselage and, although test flown, the spinner was not actually planned for use on production Tempests. Neither feaure was incorporated onto Tempest production line and the aircrafts were scrapped after the war. 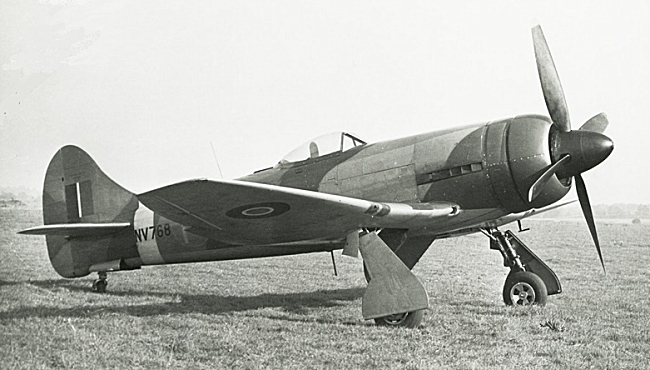 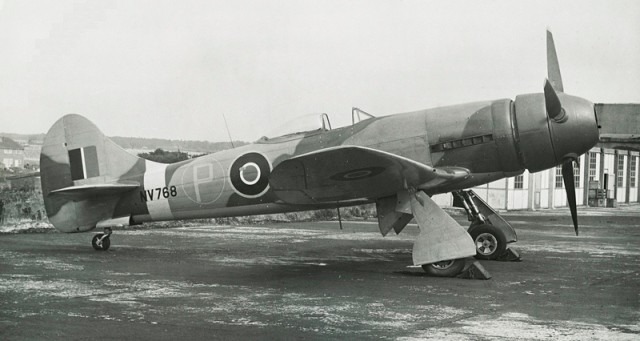