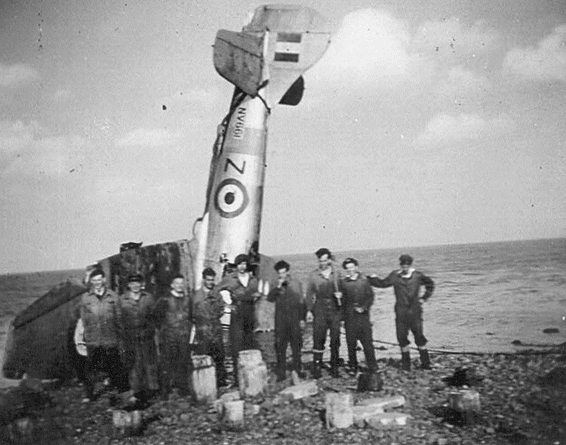 Tempest TT.5 NV661 (Target Tug) crashed in sea after engine failure off island of Sylt in 1954. The engine was removed before the plane was tipped on its end.

This photo is posted with permission of the owner Cyril Ebbage, who was part of the RAF Aircraft Salvage Team.