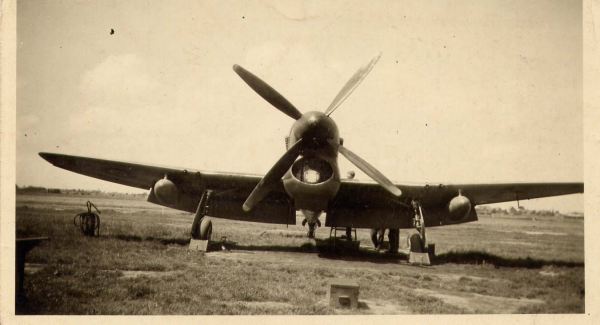 The Webmaster received this photo from Arne Vangheluwe:

A Hawker Tempest. But is there a way to find out when it's taken? I found it in a book called The Day of the Typhoon, which I bought in a second hand store. The person who had the book before me mistoke himself by thinking the photo was a Typhoon. For the rest there is nothing on the backside.

Webmaster reply:
Black spinner, no invasion stripes or sky fuselage band. Looks like the photo is taken after 3rd January 1945.