Graham Berry talks with Bill Balmforth about his service in the RAF:

Bill joined the RAF aged 20 years in July 1941 and was de-mobbed in August 1946. His main job was parachute packer for the Squadron, he also helped in salvaging and repairing damaged Tempests.

He was moved around from sqn to sqn. He served with 274 Sqn in Holland and he remembers the Tempests having JJ on them. He also knew of Pierre Clostermann, when I asked him if he could have packed Pierre Clostermann's parachute, he smiled and said "maybe".

At Volkel, Holland, Bill asked Fl/Lt Stark who made regular flights back to England, to take a parcel home for him. This parcel was a bottle of perfume he had bought for his wife Olive, The bottle was well packed in a metal box that used to contain starting cartridges for the Tempest. He still has the box! This present found its way home to his wife. On another occasion asking the ware about's of Fl/Lt Stark, he was told that he had been killed in action. The next he saw of Fl/Lt Stark was a grave dug by a roadside with a cross bearing his name. (See note 1.) 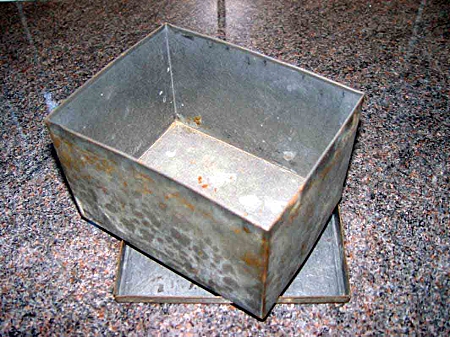 This is the small tin box that was flown back by Stark. The dimensions of this box are 150mm wide x
120mm deep x 100mm high. Bill gave the box to Graham.
Photo Graham Berry.

While working as a parachute packer he was sarcastically told on two occasions that his parachutes had failed. On one occasion the pilot had baled out and had accidentally hit his harness buckle and had lost the entire chute. And on the other occasion the pilot had baled out too close to the ground. None of which were his fault and was not the kind of thing you wanted to hear.

Sqn/Ldr Usher asked Bill and a mate to jump into the back of his jeep as he had a job for them both. The Sqn/Ldr had a big Great Dane dog (See photo no.3) that love cream cakes, this dog also jumped into the back of the jeep making Bill comment, that if the dog had any more cream cakes there would not be room for any body else, fortunately the C/O had a sense of humour.

Two brand new Tempests had just arrived from England, and had been re-armed in a hurray by the ground crew. The Tempests stood nose to nose while a fuel tanker drove between them to top up their fuel tanks. Some how one Tempests cannons were fired which completely destroyed both airplanes and the fuel truck.

One evening while ready for dinner, dressed in his best uniform the airfield was buzzed my a ME262 which visited the airfield every evening at different times, trying to shoot up the place. Bill had to dive for cover to avoid the cannon fire, tearing his dress uniform on some partially covered barb wire he was not too pleased. 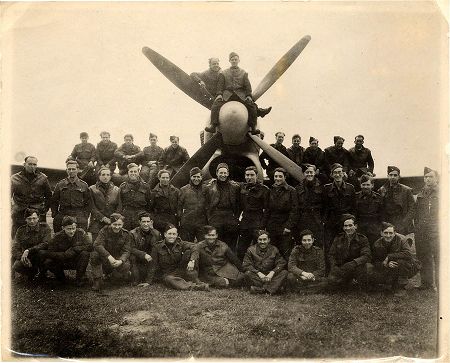 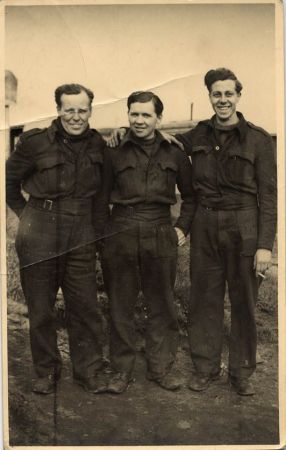 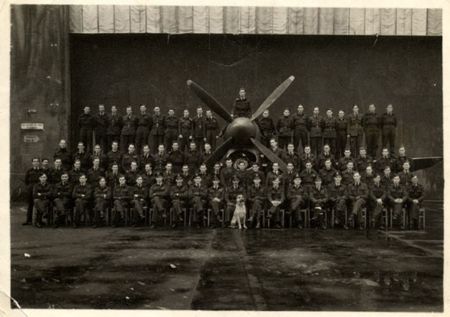 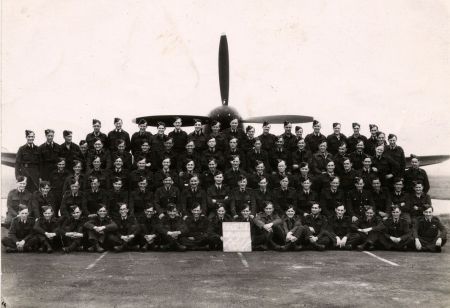 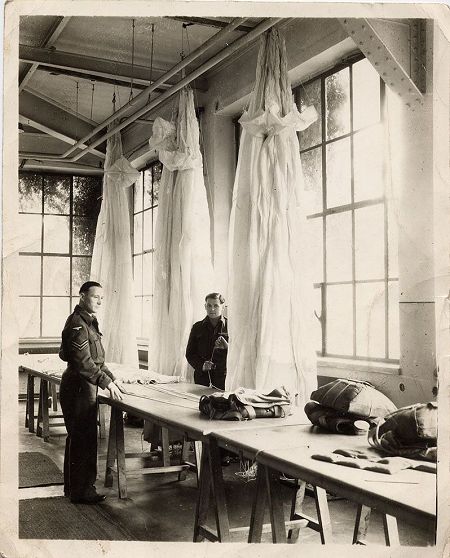 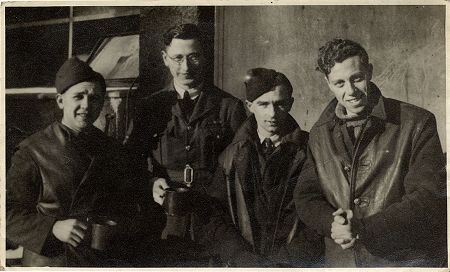