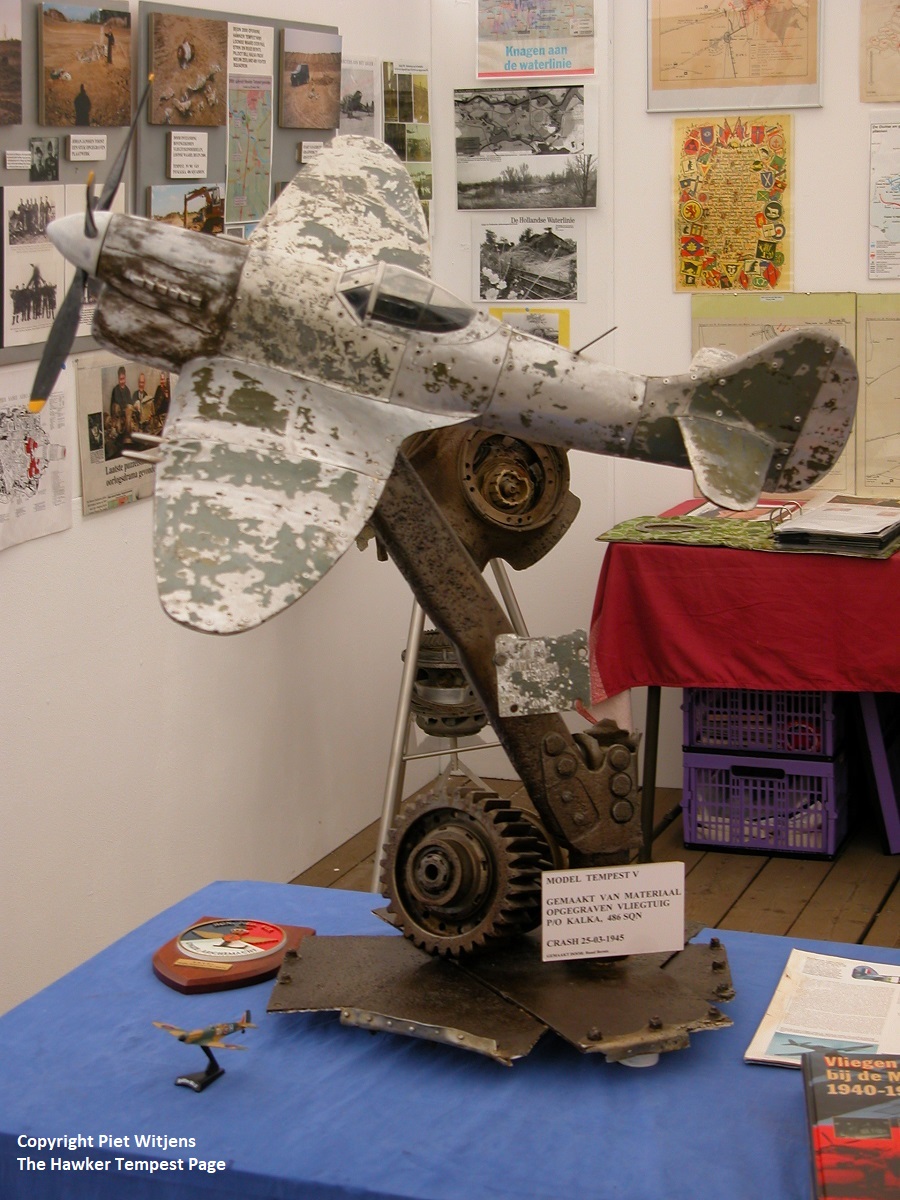 Flying Officer William Kalka bailed out but fell into the River Maas, 3 miles from Grave. Kalka was drowned despite heroic efforts of a young Dutch girl, Miss Riet Jansen of Nijmegan, to save him.

NV981 was found and recovered by Paul Strik and Rudy Bernts in spring 2000. Most of the a/c had been cleared away by local farmers after the war.

The spinner, plate with NV981 and part of Kalka's parachute are at the Dutch Aviation Museum. The remaining recovered parts went back with Ian Brodie to New Zealand Fighter Pilots Museum after the display at Volkel.

Photos on this page are taken by Paul Strik and Piet Witjens. Piet's photos are taken when the parts were on display during an Airshow at Volkel military airport in 2004.

Left photo, the text on the sign says: "Model of Tempest V is made of the material that was retrieved from the airplane".