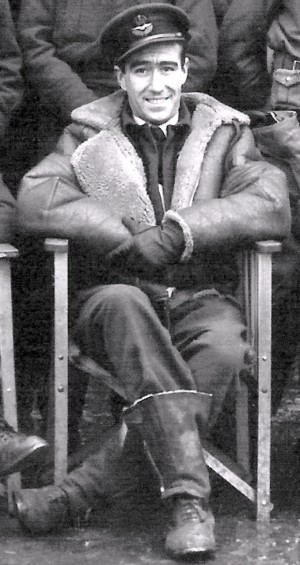 Dennis Charles Usher was born on January 18 1920 at Earlsfield, south-west London, and educated at Battersea Grammar School. While a shipping office clerk in the City he enlisted in the Territorial Army; but when war broke out in 1939, Usher reckoned "it would be too dangerous on the ground", and volunteered for pilot training.

As Montgomery launched his tide-turning offensive at El Alamein in mid-October 1942, Usher, then a sergeant pilot, took part in low-level attacks against Rommel's troops, armour and transport as well as helping to frustrate enemy reprisal raids.

Following Montgomery's victory at Alamein, Usher transferred to No 145 Squadron, flying Spitfire Vs. When, in the New Year of 1943, he was awarded the DFM, he was commended as "a determined fighter whose keenness to engage the enemy is outstanding". The citation went on to refer to an engagement against nine Macchi 200s covered by six Me 109s; during this action, Usher broke up their attacks and shot down one Macchi.

Usher often ascribed his success and his survival in the desert to lessons learned from Wing Commander Lance Wade, his Texan-born 145 squadron commander who, despite being an American citizen, had volunteered for the RAF in 1940 and was to end the war with a tally of at least 23 enemy aircraft destroyed.

In March 1943 Usher was commissioned as a pilot officer, remaining with Wade and 145. His logbook reflected the hazards and alarms of desert operations, as the following selection testifies: "Pranged. Taxied into filled in shell hole . . . covering forward troops, quite a do, got stuck into some Stukas. . . got Me 109. Good scrap . . . top cover to Bostons (light bombers), real Boston tea party."

Following his time in the desert, Usher returned to Britain, and was posted as a flight lieutenant to No 74, a Spitfire V squadron in the 2nd Tactical Air Force that was supporting the 21st Army Group after the landings in Normandy. At this time he was awarded the DFC for his exploits so far, the citation emphasising his "high degree of skill and determination" and his destruction of five enemy aircraft.

In April 1945, as the war in Europe drew to a close, Usher received command of No 274 Squadron, leading its powerful Tempest Vs in sweeps over Germany. He remained with the squadron after VE Day (May 8), but in September he took over No 16, equipped first with Tempest Vs, and then with F2s, in Berlin. 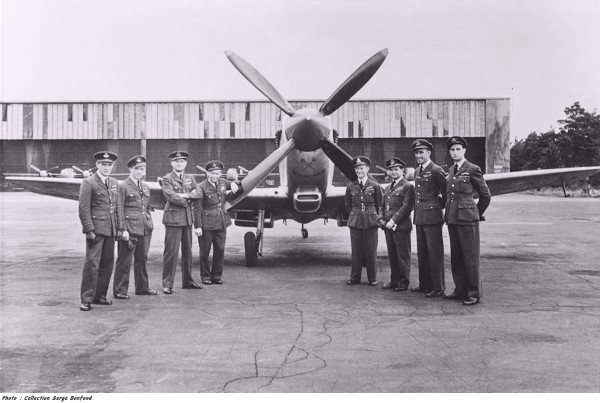 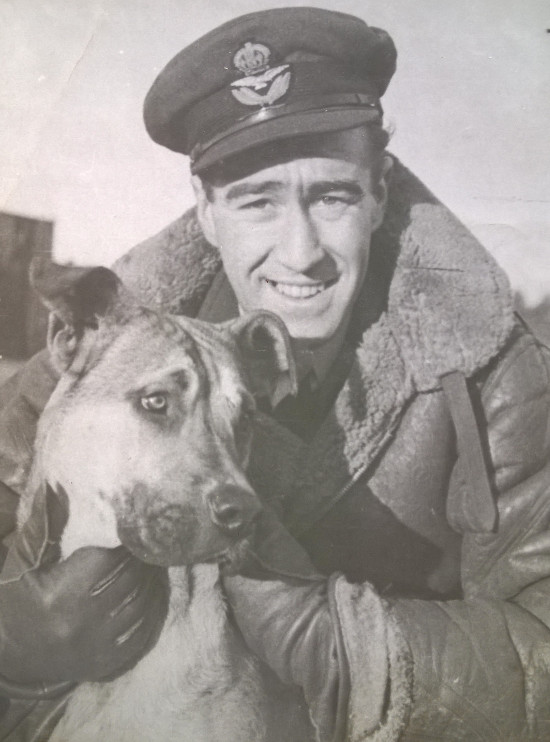 In 1949-50 Usher served during the Greek civil war as a liaison officer at Kazani, where his dog, called Greiff, accompanied him everywhere; throughout his service, Usher was never without the companionship of a dog.

After a year in Greece, Usher moved to Fayid in the Canal Zone. During a detachment to Asmara, he led a Spitfire escort to a DC 3 Dakota transport plane which was ferrying a prize rhino to Haile Selassie, the Ethiopian emperor. There was a tense incident before take off when the animal broke out of its crate and ran amok in the aircraft. Proffering cabbages provided by Usher, a native enticed the rhino back into its crate.

Usher's next squadron command was No 66, to which he moved in 1952. Here he relished the buzz of moving into the jet age on Meteor 8 fighters, and he later enjoyed the exhilaration of lying American F 86 Sabres, which were used by the RAF as a stop-gap, pending the arrival of the first British swept-wing jet fighters.

Following routine flying and staff appointments, Usher retired in 1963. Shortly afterwards, employed by the Airwork contracting company, he led six Hunter fighters to Saudi Arabia as part of the company's so called "magic carpet contract" to equip and train the Saudi Air Force.

Later he delivered the Saudis' first Lightning jet fighters and, after British Aerospace took over the contract, served as base manager at Riyadh. Usher was an enthusiastic horseman and, while in the Saudi Arabian capital, established stables and gave lessons in riding and in the care of horses.

At first, Bedouin, who had habitually used the land now occupied by Usher's newly-built runway as a route for goats, sheep and camels, continued the practice. Invoking memories of T E Lawrence, whom some of the Bedu claimed to have known, Usher resolved this problem over tea and dates, taken in the middle of the runway.

Usher finally retired in 1979, going to live at Bury St Edmunds, in Suffolk, where he continued his equestrian pursuits, remaining in the saddle until he was well into his sixties. He died on November 24 2002.