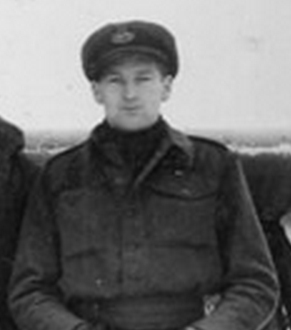 He learnt to fly in Tiger Moths at 1 EFTS at Taieri in New Zealand and then progressed flying Harvard in Canada and Miles Masters in England. Sent to 55 OTU he first flew the Hurricanes at Usworth in England and then joined 122 Sqn when they were based at Hornchurch, England. He was posted to No 58 OTU for Operation Training with Spitfires.

He joined the 485 New Zealand Squadron for a short time in August 1942 when the squadron was based at Kingscliffe, England before being transferred in September to No 253 Sqn flying again in the Hurricane where he remained with the 253 throughout his first tour of operations in England, Gibraltar, Algiers, Tunis, Lampedusa Island as well as the Spitfire for service over Italy where he completed 258 operational hours with 253 Sqn RAF.

He then went on to training Pilots in the Hurricanes and Spitfire as an Instructor at 71 OTU at Ismailia, Egypt.

On his second tour of Duty Colin joined the 486 NZ Squadron and flew Typhoons at Aston Down, England, then Tempests from Newchurch, England and followed the Allied army with 486 sqn over Belgium, Germany and Denmark.

Since September, 1944 while with the 486 sqn he has destroyed three enemy aircraft in the air 14 January a Bf109 over Münster in SA-A (EJ755). On the 29 April 1945 he shoot down a Fw190 near Ratzenburg Germany in SA-N (SN176). On 3 May he destroyed a Ju88 near Tegel Germany, again in SN176. He also established a fine record against ground targets. He has destroyed 5 locomotives and damaged 31 and has also set fire to 44 transport vehicles and damaged a further 133.

One of his experience's of bailing out of a Tempest Mk. V EJ716 SA-A and subsequently landing on a cobblestoned Belgian street following a collision with his wingman Pilot Officer Brian John O'Connor in Tempest Mk. V JN869 SA-R near Liège while trying to catch a Messerschmitt 262. He came down hard on the street lined with buildings either side following his parachute becoming tangled in power lines. In fact he landed so hard his revolver broke out of his holster and caused sparks to fly as it bounced on the cobblestones all the way to the end of the street. Fortunately for him there were some fine young Belgian woman who immediately arrived on the scene with a bottle of wine to share.

On the 14th of September 1945 as a Flight Lieutenant Colin James McDonald he was awarded the Distinguished Flying Cross. 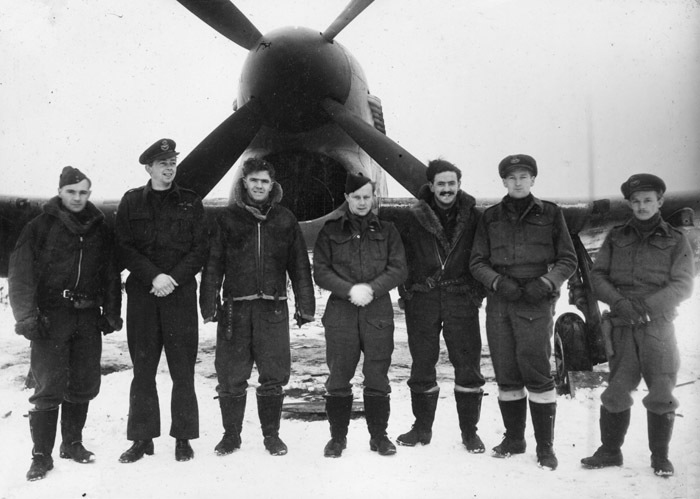 McDonald second from right. No. 486's Squadron Leader Arthur Umbers in the center. 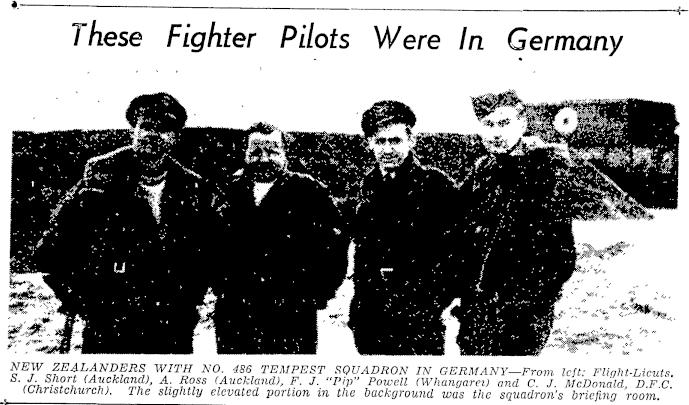