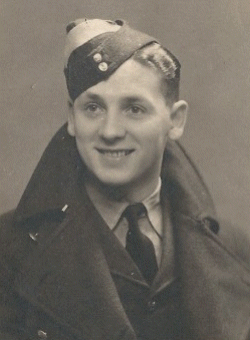 In 1943 he was involved in a flying accident, he suffered facial and eye damage but there is no other information. Although, he must have made a satisfactory recovery to resume active service.

In 3 Squadron's Operation Record Book he first appears on 3 September 1944 on the form 541 (operational flights), so he probably arrived a few days before that.

On 25 September 1944 the squadron was escorting Liberators (presumably from 100 Group) on Big Ben operations (ie. they were trying to jam V2 missiles electronically). On the return flight to Matlask, F/O Walter Davies' Tempest Mk. V EJ652 suffered engine failure. He went down in the North Sea, 70 miles East Great Yarmouth. He was never recovered.