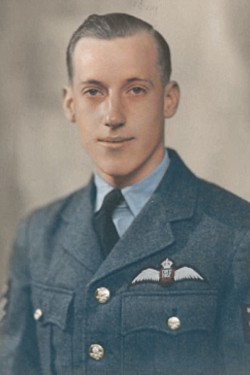 Malcolm F Edwards (133358) was born on 3 August 1917 in Poole, Dorset, UK. Known to his fellow comrades as "Eddy" joined the RAFVR on 8th April 1939. He commenced training at Whitchurch. After initial training Edwards served with 609 squadron for only 8 days before on the 1st september 1940 he was posted to Roborough to begin operations with 247 squadron flying Gloster Gladiators which were involved in protecting the ports and cities of the west county during the Battle of Britain. Upon leaving the squadron on the 30th November 1940, Edwards was transferred to 9 SFTS at Hullavington.

For the next couple of years he moved around the country and was heavily involved in the training side of the RAF, until on the 9th October 1943 Malcolm was posted to 3(f) Squadron at Manston. Edwards flew many sorties in Typhoons until the squadron was requipped with Tempest. During his time at Newchurch Edwards was made deputy commander of B flight and was successful in shooting down 12 V1 flying bombs. 7 confirmed and 5 shared.

After a farming accident acquired on his leave Malcolm spent a short stay at the RAF hospital at Halton.

Once returning to active service he was moved to 587 squadron at Culmhead flying Vultee Vengeance's on tug duties. Here Edwards remained from the 2nd October 1944 until the 4th December 1944, where after spending two days with 84 GSU at Tangmere, Malcolm was reassigned back to 3(f) squadron. On the 8th December 1944 he was flown by a Avro Anson across to Volkel B-80 and continued operations with 3 squadron.

On the morning of 29th December 1944 Edward was one of four Tempest taking part in a armed reconnaissance, north of Rheine Germany.

His body was removed and taken for burial by the people of Spelle at the local catholic cemetery, where he remained until the 20th may 1947, the British removed Edwards and reburial took place at the Reichswald cemetery, Kleve, in Germany.

(Edward is buried next to Flt.Lt. R.C.Kennedy. Edward in 14.A.13 & Kennedy in 14.A.12. Both were Tempest pilots, but different squadrons and were killed approx. 3 months apart.) 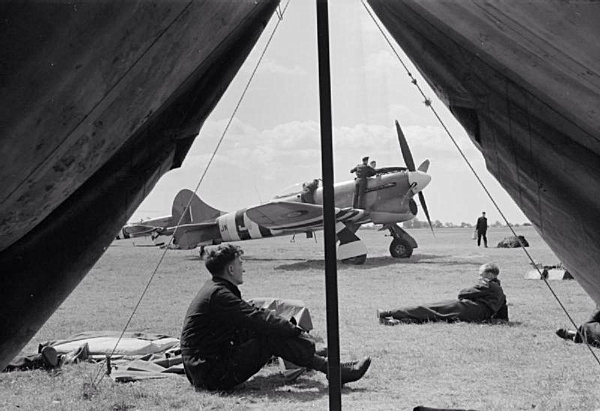 A quite well-known photo from Newchurch. The man lying down is thought to be F/L Malcolm F Edwards, by his family. 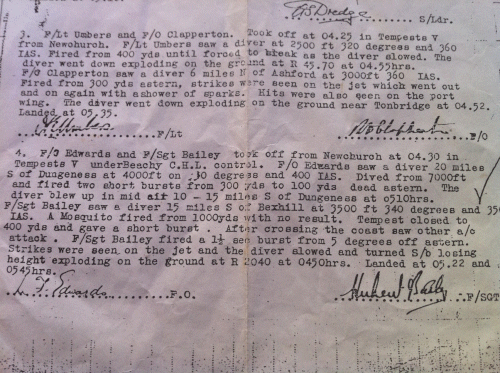 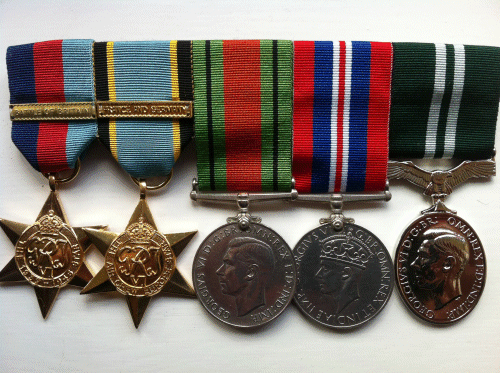 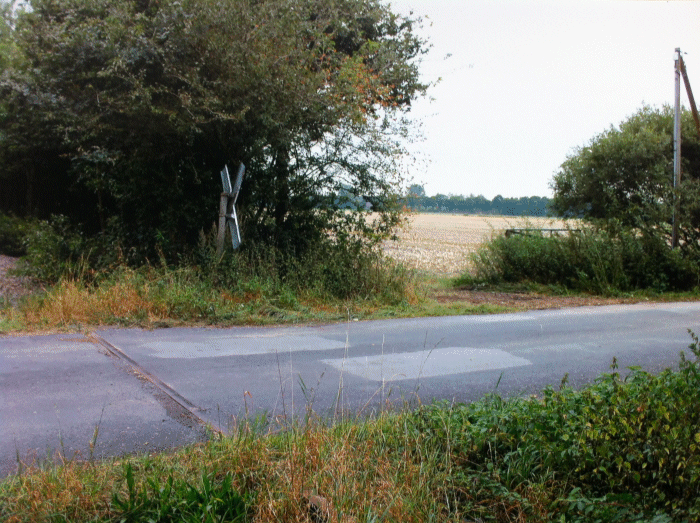 The crash area of EJ803. It came down at 11.30am on the 29th December 1944, in the field just next to the railway line which has long since gone. But it's still possible to see where it was.

This is part of a 20mm cannon shell found at the crash site of EJ803. 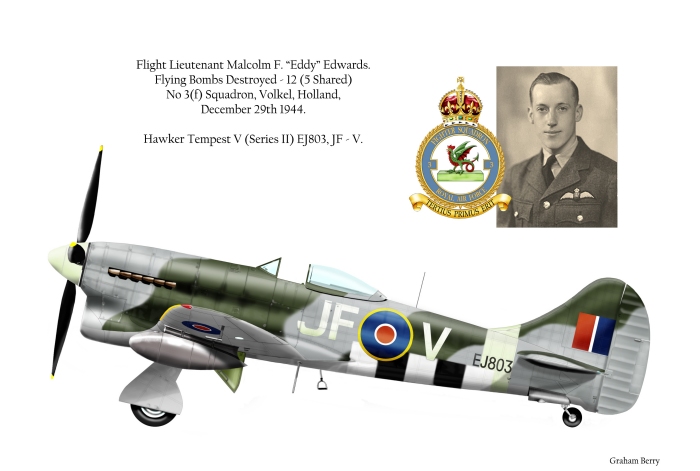