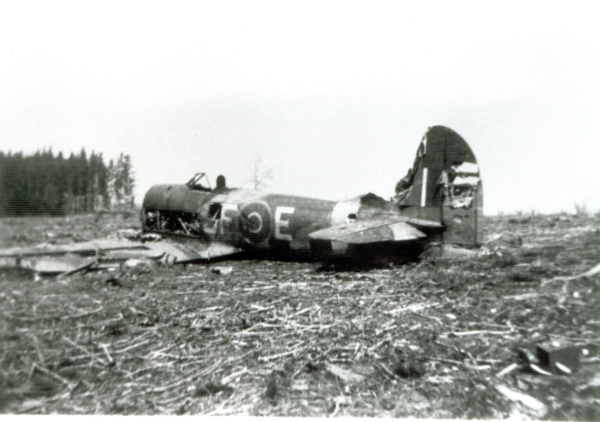 A friend of Guy Demain sent him a picture of a crashed aircraft. He was amazed by the code: it seems to be JF-E, a well known code since the French pilot Pierre Clostermann piloted a Tempest with the same code. Could it be Clostermann's Tempest?

But looking closely on the markings, i.e. the sky fuselage band and the D-days stripes still on the belly, indicates this photo is taken between late August 1944 and early January 1945. Clostermann flew his JF-Es (four!) from April 1945!