A great family day out - sideshows, stalls, military vehicles, climbing wall, bouncy castle, motor torpedo boat, tanks and vintage stalls. Flypast (time TBA) by a Lancaster Bomber, Spitfire and Hurricane will grace the skies over Bradwell during a memorial flypast by the RAF to commemorate the 70th year of the airbase being decommissioned and the 121 service men/women who bravely made the ultimate sacrifice whilst serving there. 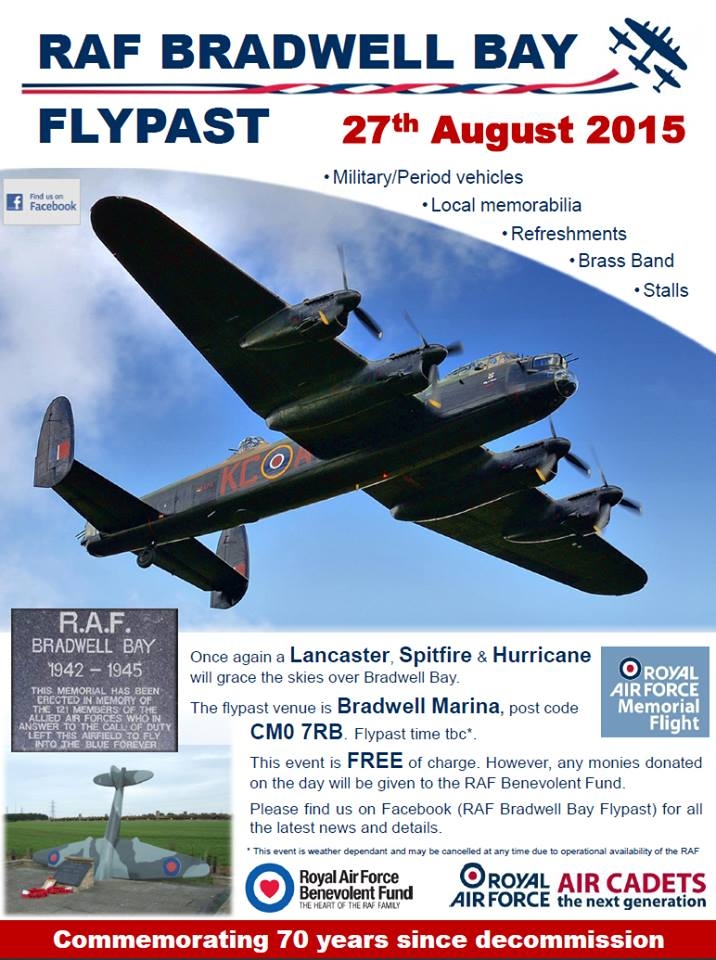