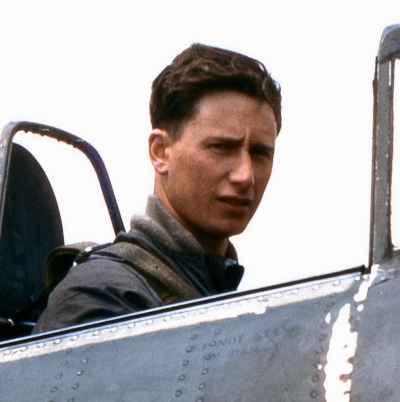 The son of a potter, John William Frost was born in Stoke-on-Trent on July 30 1921 and educated at Longton High School, which he left at 16. He joined the earthenware and bone china manufacturers Samson Bridgwood as a trainee manager, at the same time attending North Staffordshire Technical College.

In March 1941 he volunteered for the RAF as a pilot and trained in the United States. He was commissioned and retained as a basic flying instructor at Gunter Field, Montgomery, in Alabama, before returning to Britain in the spring of 1943.

He joined No 175 Squadron in February 1944 as it was converting to the rocket-firing role. In April the squadron moved to the New Forest and started operations over northern France. In the period leading up to D-Day, Frost flew 12 sorties, attacking vital radar stations that had to be put out of action before the invasion. On June 6 he flew an armed-reconnaissance sortie to attack enemy transports taking reinforcements to the beachhead.

Within 10 days many of the 18 Typhoon squadrons, including No 175, were operating from hastily prepared landing strips in Normandy. Flying in close support of the British and Canadian armies, the Typhoons became the scourge of the German Seventh Army’s armoured columns.

On August 7 a major German counter-attack, spearheaded by five Panzer divisions, was identified moving against just two US infantry divisions. The Panzers were threatening to cut off the US Third Army near the town of Mortain.

More than 300 sorties were flown by the squadrons on the “Day of the Typhoon”. Frost himself claimed a Tiger tank and a troop carrier, as well as two unidentified “flamers”. His aircraft was hit by 20mm flak but he managed to return to his airstrip. The intense effort of the Typhoon squadrons defeated the German counter-attack, which the Chief of Staff of the Seventh German Army reported had come to a standstill due to “employment of fighter-bombers by the enemy and the absence of our own air support”.

Frost and his fellow pilots flew a “cab rank” of aircraft, available immediately to be called down over the radio by ground controllers as the Allied armies encircled the enemy at Falaise and the break out from Normandy that followed. Frost carried out many attacks against gun positions, tank and transport concentrations, all in the face of intense anti-aircraft fire. The Typhoon squadrons suffered heavy casualties.

After the rout of the Seventh German Army at Falaise, No 175 Squadron leapfrogged across France in pursuit, attacking the retreating Germans and the V-1 flying bomb sites in the Pas de Calais before arriving in Belgium on September 17. Frost flew in support of the armoured thrust towards Eindhoven and Arnhem and, with a move to an airfield in the Netherlands, attacked trains and river traffic and gave close support to the Army as it headed for the Rhine.

In mid-December, Frost flew his 100th and final operational sortie. He had suffered two engine failures and crash landings, and been hit by anti-aircraft fire on a number of occasions — but had always escaped injury. Eleven of his squadron colleagues had been killed, six were PoWs and a further seven had been wounded or injured. He was awarded a DFC and later invested with the Croix de Guerre and, by the Belgians, with the Order of Leopold II. 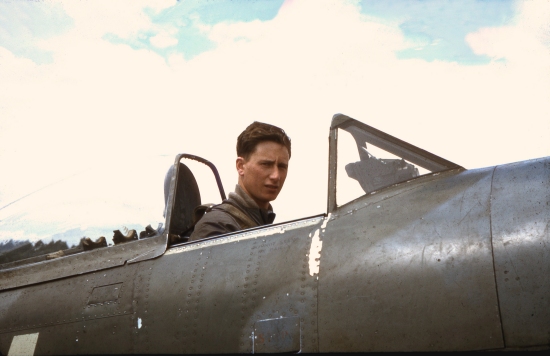 Immediately after the war Frost flew Typhoons and its successor, the Tempest, based in Schleswig-Holstein before moving to Kastrup in Denmark. He later commanded No 26 Squadron at Gutersloh in Germany in the fighter ground-attack role.

In 1948 he was appointed RAF Liaison Officer to HQ BETFOR, responsible for air advice and control of air support for the British Army Brigade, based in the Free Territory of Trieste. During this sensitive period, Marshal Tito of Yugoslavia was causing some difficulties and Frost led a four-aircraft dummy attack on his headquarters as a reminder of the RAF’s continued, and potent, presence in the area. It was at a dance in Trieste that Frost met his future wife, who had served as a radio operator in the WAAF.

In May 1949 he returned to Britain to command No 222 (Natal) Squadron, equipped with Meteor day fighters, as air defences were rebuilt with the emergence of the Soviet threat.

Frost served in Malaya at the Air Headquarters during the communist insurrection, when he was involved with planning the development of airfields and air defence radar. After service in Hong Kong he returned to flying duties when he took command of No 151 Squadron, flying the delta-wing Javelin night fighter from Leuchars in Scotland.

In September 1964, Frost was appointed to command RAF El Adem in Libya, a staging post and weapons training base. This was always recognised as a potentially difficult appointment requiring tact and diplomacy but Frost was particularly successful at an increasingly sensitive time politically. He had many dealings with General Frost (of Arnhem fame) and they had a regular correspondence.

To avoid confusion for their staffs they agreed to be 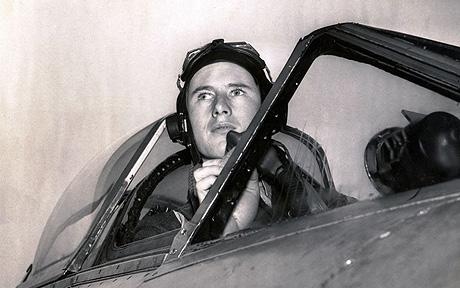 referred to as 'Air’ Frost and 'Ground’ Frost. For his services at El Adem he was appointed CBE. After a series of senior appointments in the MOD, Frost was posted in August 1970 to the Joint Warfare Establishment. After a four-year appointment as Deputy and Chief of Staff to the UK Military Representative to Nato Headquarters in Brussels, he retired from the RAF in October 1976.

In November 1977 he became a civil servant and was appointed to the MoD as Head of Protocol .

After retiring in 1983 he remained very active in Berkshire. For 16 years he was chairman of the Duke of Edinburgh’s Award Scheme in the county and he served as vice-president of the Burghfield branch of the Royal British Legion. In 1986 he was appointed a Deputy Lieutenant of Berkshire.

Frost always remembered his many colleagues who lost their lives during the Normandy campaign, and gave strong support to the creation and maintenance of a memorial established at Noyers Bocage, near Caen, in honour of the 151 Typhoon pilots who were killed in the liberation of Normandy.

Jack Frost died on August 7 2010. He married, in 1950, Shelagh Baldock, who survives him with their son and two daughters. 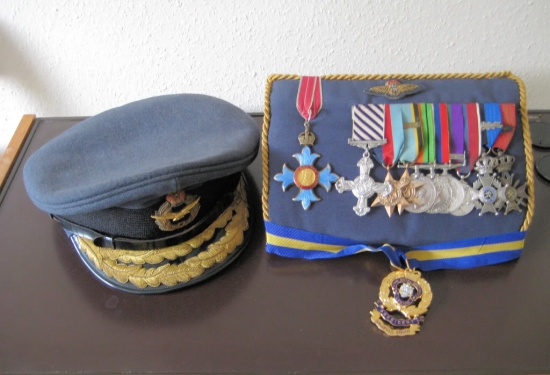