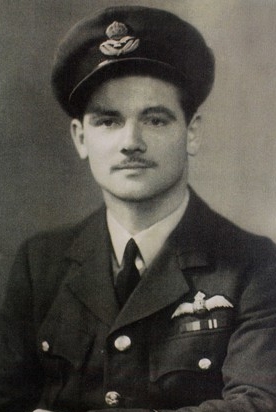 William James Green was born in Bristol on April 23 1917 and attended St Gabriel School. He left at 14 to work in a cardboard box factory specialising in packages for shoes and small goods, there he met the girl, Bertha Biggs, who would become his wife.

Green was an enterprising boy and he designed a new, larger box. Receiving no encouragement from his manager, he took it to Mardon, Son & Hall, where he was offered a job. The company encouraged workmen to join auxiliary military units, and Green joined No 501 Squadron of the Auxiliary Air Force, stationed at nearby Filton. He trained as an aero-engine fitter and two years later volunteered to be a pilot.

He was mobilised at the beginning of the war and completed his training before returning to No 501. Green had less than 200 hours’ flying time, and just seven hours in the Hurricane, when he joined No 501 Squadron and was pitched into the fighting at the height of the Battle of Britain in August 1940.

On August 24, flying from Hawkinge in Kent, his squadron was scrambled to intercept a raid against the nearby airfield at Manston. Green closed in to attack an enemy dive-bomber when his aircraft was hit by the airfield’s anti-aircraft fire. His Hurricane was badly damaged and the engine stopped – but he managed to glide to Hawkinge, where he discovered half the undercarriage had been shot away. He crash-landed and scrambled from the wrecked aircraft.

Five days later his squadron was orbiting over Deal at 20,000ft when a large force of Messerschmitt Bf 109 fighters attacked the formation. The windscreen of Green’s aircraft was shattered and the engine damaged. With no control, he was forced to bail out. His parachute failed to stream correctly and the main canopy became entangled around his legs. He fought to release it and fell thousands of feet before it finally opened fully. Within seconds he hit the ground. He had been wounded in the leg and his days in the Battle were over.

After recovering from his wounds, he was posted to No 504 Squadron, based at Filton. One night he was cycling home when German bombers attacked Bristol in force and the city suffered heavy damage. Over the next few days Green flew standing patrols over the city and on a number of occasions chased enemy bombers away.

He spent three years as a flying instructor before, in late 1944, joining No 56 Squadron, flying the RAF’s most powerful piston-engine fighter, the Hawker Tempest. The squadron was based at Volkel in the Netherlands and he flew low-level strafing attacks against trains, motor transport and supply columns.

On February 22 1945 he came under fire from two friendly fighters but evaded them, only to be shot down near Osnabruck by intense anti-aircraft fire. “I should have zigged when I zagged ,” he said later. Green bailed out and was captured. His prison camp near Nuremberg was soon evacuated and the PoWs marched south to Stalag 7A, a large camp at Moosburg near Munich. On April 29 the US Seventh Army liberated that camp, and within two weeks Green was back in England. He was released from the RAF in December and received the Air Efficiency Award.

Green returned to the cardboard box industry, then, in 1960, joined Reed International, rising to be chairman.

Green admired the work of the Salvation Army and achieved great contentment in religious activities. In June 2012, aged 95, he flew in a two-seat Spitfire from Goodwood airfield. 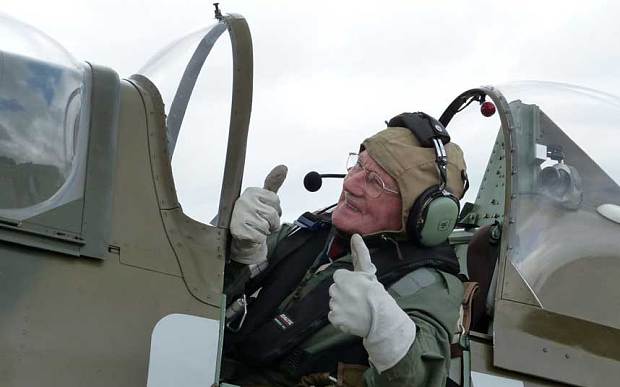