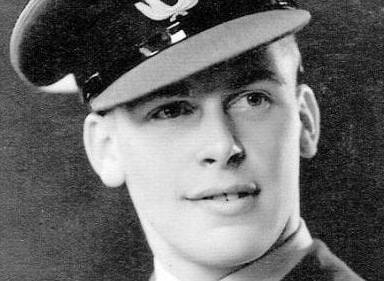 Percival Harold Beake, always known as Percy, was born on March 17 1917 in Montreal, Canada, to English parents who returned to Britain eight years later. He was educated at Bristol Grammar School. He joined the RAFVR in April 1939 and commenced training as a pilot, being mobilised in August.

After completing his training on Spitfires, in September 1940 he joined No 64 Squadron at Leconfield in Yorkshire before the squadron moved to Biggin Hill and then to an airfield in Norfolk. He flew patrols in the final stages of the Battle of Britain. In June 1941 he asked to join a squadron at Biggin Hill in order to see more action. Flying Spitfires with No 92 Squadron, he participated in many sweeps and escort missions over northern France. Returning from one of these sorties he crash-landed in a field in Kent having run out of fuel.

In July Messerschmitt Bf 109s attacked him over the French coast and damaged the radiator of his Spitfire. Shortly afterwards the aircraft’s engine seized and he was forced to bale out. Trapped in the cockpit, he inverted the aircraft and fell clear to land in the sea 18 miles south of Dover. He clambered aboard his dinghy but searching Spitfires failed to find him in the misty conditions. Some time later, by then suffering from hypothermia, he was picked up by an air-sea rescue launch.He was given a week’s leave. On September 24, Bf 109s engaged his formation over France and in the ensuing fight he managed to damage one. He finally came off operations in April 1942 to be an instructor at a fighter school.

He returned to the frontline in December when he was made the flight commander of a new squadron, No 193, which was forming with the Typhoon. The Brazilian branch of the Fellowship of the Bellows, an international group formed during the conflict to collect funds for the purchase of aircraft for the RAF, paid for some of the squadron’s aircraft. Over the following months he attacked shipping, flew standing patrols over the south coast and, later in the year, dive-bombed the V-1 sites under construction in the Pas de Calais. On February 8 1944, during a sweep over Brittany, he engaged a Focke Wulf 190 and shot it down. In May 1944 he was promoted to squadron leader to take command of No 164 Squadron. 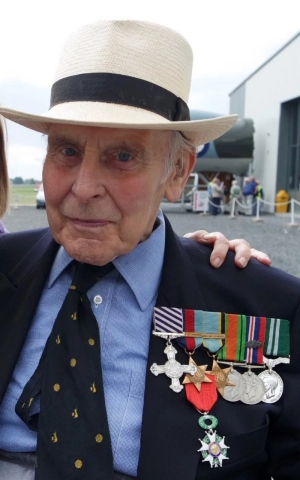 After his time with the squadron, Beake joined the staff of the Fighter Leader’s School as an instructor, flying Hawker Tempest Mk. V, and he was released from the RAF in January 1946. He resumed his career in the animal feed manufacturing business with Robinson’s, which later became part of BOCM – British Oil & Cake Mills – and later Unilever. He became the manager of the feed mills at Selby and later in Exeter.

In 2015, 71 years after his service during the liberation of France, the French government appointed him to the Legion d’honneur.