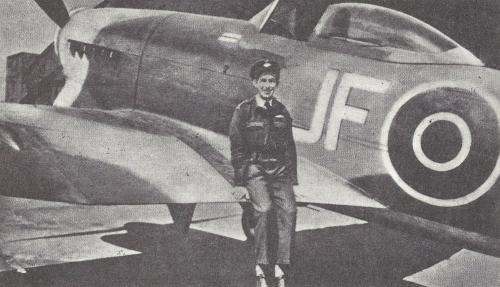 John Irwin (Bay) Adams was born on 6 December 1922 at Mordialloc, Melbourne, Australia, fourth of five children of Victorian-born parents Albert Warnock Adams, engineer, and his wife Ruby Constance, née Jenkins, a nurse. His elder siblings and their friends would go `to the bay’ to swim and John would call out `bay too, bay too’; the nickname `Bay’ stuck. He began his flying career by jumping off the 60 ft (18 m) cliffs at Beaumaris with a home-made parachute and converting his bicycle into a glider. His father soon put a stop to his attempts to become airborne. Educated to Intermediate certificate level at Malvern Church of England Grammar School, he was a member (1938) of the first XVIII and the athletics team. After leaving school, he worked as a clerk for a South Yarra real-estate agent, Williams & Co.

On 7 November 1941 Adams enlisted in the Royal Australian Air Force. He trained in South Australia and in Canada, where he qualified as a pilot and was made an instructor. Rising to flight sergeant in June 1943, he proceeded to Britain in April 1944 and was commissioned in July. Next month he joined No.3 Squadron, Royal Air Force. Flying Hawker Tempests Mk. V, he shot down two V-1 flying bombs, shared in the destruction of a third and was engaged in much dangerous activity against German ground targets. Late in April 1945 he and Pierre Clostermann were the only survivors of an attack by eight Tempests on the German airfield at Schwerin. According to Clostermann, Adams `was quite imperturbable and feared neither God nor the Devil’. On 30 April he shot down one German aircraft and three days later shared two further victories with Clostermann. Serving with the occupation forces after the war in Europe ended, he was promoted to Flight Lieutenant in July. He returned to Australia in February 1946 and transferred to the Permanent Air Force. 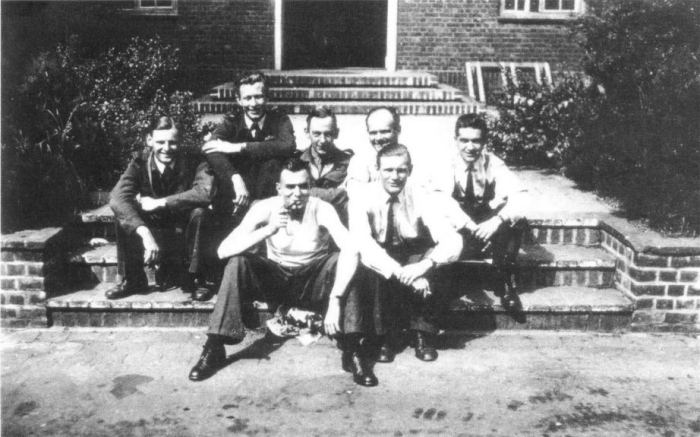 Right: Pilots of No. 3 Squadron after the war. The second from the left is "Bay" Adams, center Pierre Clostermann.

Early in 1948 Adams joined the British Commonwealth Occupation Force in Japan as a flight commander in No.77 Squadron. Initially based at Iwakuni, he was involved in a mid-air collision on 17 March 1949, resulting in a parachute descent from his Mustang into the freezing waters of the Sea of Japan. At Holy Trinity Church of England, Iwakuni, on 13 August that year he married Bonnie Jean Brien, a teacher at the base’s school. In December he obtained the highest individual score at the Far East Air Forces gunnery competition at Yokota. For this achievement he was awarded the Air Force Cross (1951).

From July 1950 No.77 Squadron was engaged in escort, ground-attack, close-support and armed-reconnaissance missions over Korea; by September Adams, flying Mustangs, had completed fifty sorties. He was awarded the American Air Medal (1950) and, for his courage, leadership and devotion to duty, the Distinguished Flying Cross (1951). In October 1950 he returned to Australia.

Sent to Malta in July 1952 as commanding officer of No.76 Squadron, Adams again displayed exceptional weapons skills. In 1955 he attended the RAAF Staff College, Point Cook, Victoria. He held further flying posts in 1958-61 as commanding officer of No.22 and No.75 squadrons. Stationed in the United States of America in 1961-64, he completed the course at the Armed Forces Staff College, Norfolk, Virginia, before serving as an intelligence officer at the Australian Embassy, Washington. In November 1966 he was promoted to group captain and given command of RAAF Base, Townsville, Queensland. From October 1968 he commanded the RAAF Contingent Vung Tau, Republic of Vietnam (South Vietnam). Returning home a year later, he was appointed CBE (1970).

In November 1971 Adams rose to air commodore and became director, joint operations and plans, Canberra. He was again posted overseas as air commander of the Australia-New Zealand-United Kingdom Force in Singapore (1974) and commander of the Integrated Air Defence System at Penang, Malaysia (1975-77). His final appointments were as chief of air force operations, Canberra (1978), and air officer commanding Operational Command, Glenbrook, New South Wales (1978-79). On 7 November 1979 he retired, having served in every rank from aircraftman to air vice-marshal (promoted 31 January 1975).

Six ft 2 ins (188 cm) tall, with azure blue eyes, Adams was a gregarious, larger-than-life character. He earned the respect of all who knew him and was revered by his pilots. Air Chief Marshal Sir Neville McNamara summed him up: `Bay was a natural fighter pilot, completely at home in the world of fighter squadrons and … active operations’. Survived by his wife, their daughter and one of their two sons, Adams died of a cerebrovascular accident on 7 September 1990 at Broadbeach Waters, Queensland, and was buried with full military honours in Southport lawn cemetery. 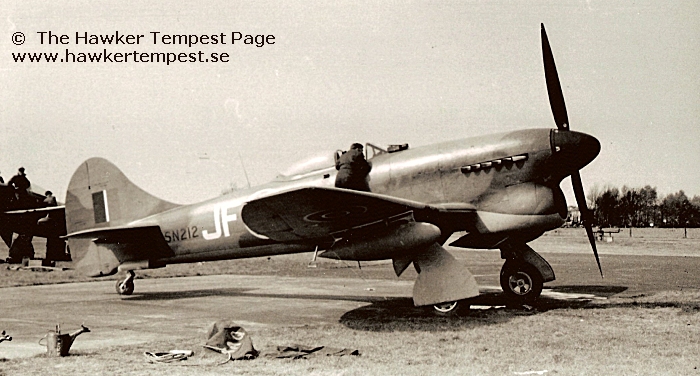