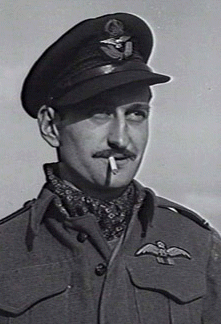 He flew with 250 Sqn in the North Africa; Gladiators, Hurricanes, Tomahawks, Kittyhawks and into Italy on Spitfires as well.

Murray Adams was then posted to 80 Squadron to fly Tempests. After the CO went unserviceable on a sweep, he had to led the Tempest wing. He said it was amazing leading 36 Tempests as a Flying Officer!

He flew to London in 2013 and attended the 80 Sqn reunion. Funny story was he said "only young guys were there!"

WWII pilot reunited with his 1941 aircraft in Moorabbin
Download Murray Adams' "Against The Odds" as a free PDF!
Text and image:
Randal W McFarlane