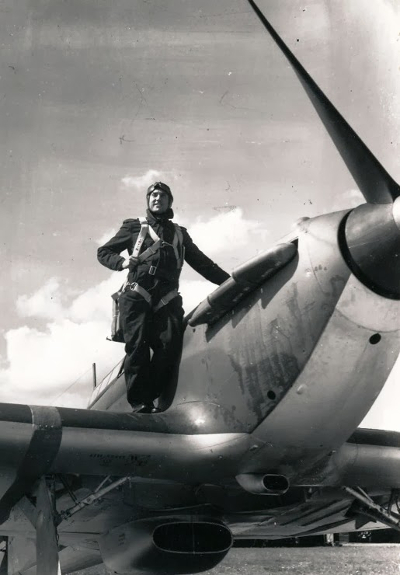 Philip Gadesden Lucas was born on 3 September 1902. He learnt to fly on a Kenault-engined Avro 504 at the de Havilland Flying School at Stag Lane in 1924. This was the pre-Moth period when surplus aircraft and engines left over from the 1914-18 war were still being used. The eight-cylinder 90 h.p. Renault air-cooled engine replaced the air-cooied rotaries previously used in the Avro 504 and gave the advantage of a throttle control instead of a plain on or off " blip" switch. Lucas was, at the time, an engineering apprentice at Vickers, and was also one of the first twenty members of the London Aero Club. Like many young men at that time who had learnt to fly, Philip wanted more hours in the air than he could afford to buy and also the opportunity to handle some of the more powerful military types. To this end he took a short-service commission in the Royal Air Force in 1926, serving with Fighter Command (then Air Defence of Great Britain) and the Fleet Air Arm which, at that period, was part of the R.A.F. It seems strange now to speak of "powerful military types" whereas, of course, they were only Avros (100 h.p. Monosoupape), Bristol Fighters (250 h.p. Rolls-Royce Falcon) and Sopwith Snipes (200 h.p. BR2). He was in the last course at No. 1 F.T.S., Netheravon, to be- taught on rotary engined aircraft.

Three years after joining the Service he was posted to Martlesham Heath as a test pilot. The experimental establishment,where all our most secret types are flown, is now at Boscombe Down having been moved from Martlesham when war broke out. The point about Martlesham Heath and secret machines is that a public road goes right through the centre of the camp for all to use. During the next two years Lucas remained at Martlesham test-flying multi-engined types. Nice gentlemanly aircraft they all were, with a top speed in the region of ioo m.p.h. In the midsummer of 1931 he joined the Bulman-Sayer team of Hawker test pilots at Brooklands. This was in the heyday of the Hart and Fury period (with all their variants), and it fell to Philip to take many of these abroad, either for demonstration or delivery. He travelled the world over, going to Spain, Portugal, Finland, Sweden,Esthonia, Belgium, Egypt, Iraq, Persia and the Far East.He is one of the few outsiders who have lived with the Japanese Navy. In 1931 he took two Nimrods—the Fleet version of the Fury to deliver and instruct the Japanese in maintenance and training.
In 1933 Lucas had one of his biggest jobs. He had to go Persia,erect a Boulton and Paul steel hangar with local labour and assemble, test-fly and deliver The Hawker Audaxes and Furies which had been bought by the Persian Government. He had three spells at this work, being relieved at intervals by Maurice Summers (Vickers Aviation)and altogether over 100 aircraft were delivered.

When Gerry Sayer was appointed to Glosters as chief test pilot, it meant that Lucas did a fair amount of development work on the Hurricane. It was on one of the early Hurricanes that he nearly "bought it." While doing a climb to rated altitude (17,000 ft) fog obscured the ground, and feeling his way down carefully to get his bearings, he took most of the fabric off the underside of his wings on some trees in the Kenley area. All the later Hawker types—Hotspur Henley,Tornado, Typhoon, Tempest and their variants—were his responsibility. It was on the Tornado that he felt the effects of compressibility, and it appears that this was the first time it had been recognised,and possibly the first occasion on which it had been experienced. Whilst flying the prototype Typhoon he had an experience which probably was tied up with compressibility trouble, and it showed the calibre of pilot he was. He could hear the fuselage breaking just aft of the cockpit but, remembering how much time would be lost in building another prototype, he did not bale out, but remained with the aircraft and managed to land it in one piece. Philip was awarded the George Medal and the citation read:—"Lucas displayed great courage and presence of mind during a test flight and by his skill and coolness saved an aircraft from destruction."

Lucas handed the reins over to Bill Humble in 1946, but still did an appreciable amount of flying in addition to his duties as a director and general manager of Hawkers. He had flown some 120 types and has 3,450 flying hours in his log books. 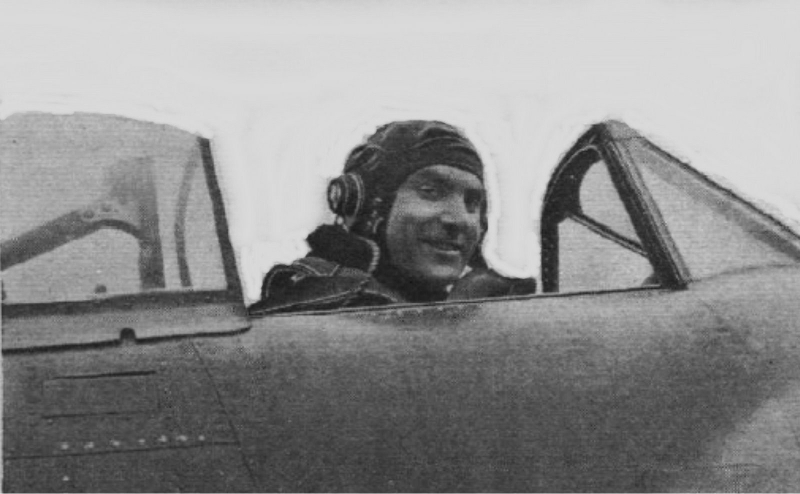