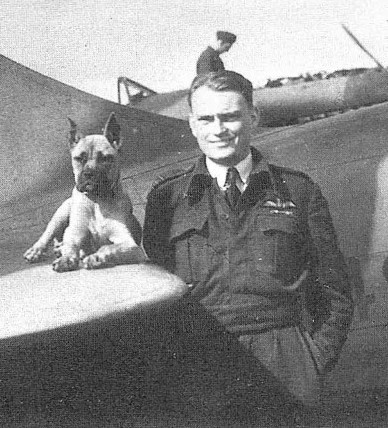 Robert "Bob" Bruce Cole was born in Quetta, India, on 11 November 1919. Robert Cole enlisted in the RAF in March 1941, received his wings in Rhodesia and was posted to No. 250 Squadron in Palestine, flying the Tomahawk.

On 5 December 1941 he was shot down by Flak over Bir-el-Gubi. After having spent some time in hospital and after some additional training he retured to his squadron which had been transferred to Lybia in the meantime. He saw further action on Malta, from there over Sicily in July 1943 and over Italy from September to December 1943.

He remained in the RAF after the war, and was killed in a English Electric Canberra PR.7 on 16 January 1956 together with his staff officer Peter Needham.