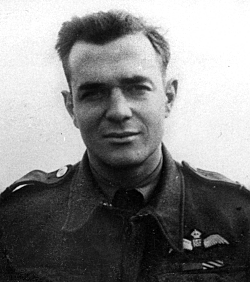 Pierre Clostermann was born on 28 February 1921 at Curitiba, Brazil, where his father worked as a French diplomat. At an age of only sixteen he aquired his pilot's licence in November 1937. He was educated in Paris and studied engineering in USA when France fell.

In 1941 he joined the Free French Forces (341 "Alsace" Squadron). The following year he was transferred to RAF and 602 Squadron, where he served in Spitfire. During this time he destroyed at least 11 enemy aircraft, 2 probable and seven damage.

On 4 March 1945 he joined No 274 Squadron and the Hawker Tempest. His first Tempest score was a Bf 109 on his second day during a "cannon test".
In the middle of March 1945 he was posted as a Flight commander to No 56 Squadron. With this unit he destroyed a Bf109 in the air. On 8 April he was transferred to No 3 Squadron as "A" Flight commander where he on 20 April scored two Fw 190D-9s'.
Clostermann's final score in Tempest is at least 12 destroyed, 6 shared and 2 probables . He was awarded the DSO and DFC and Bar in addition to French, Belgian and American decorations.

After the war Clostermann went into politics and business, serving as Deputy in the French parliament and as aeronautics executive for Cessna and Dassault. Clostermann served briefly on operations in the Algerian war of early 1960's.

Pierre Clostermann passed away on 22 March 2006. 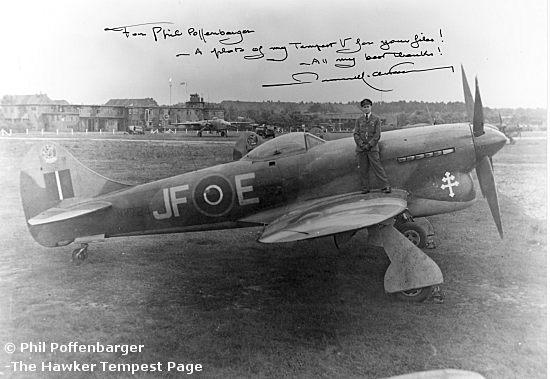 Note 1:
Confirmed victories in Public Offical Record archives.
Note 2:
Recorded on RAF combat report, and admited as confirmed victories with official citation by French Air Force.
Note 3:
Shared with his 3 Sqn Australian wingman Bay Adams.
Note 4:
Fi 156 admited by French Air Force as an air victory. In fact Clostermann´s report indicated that his attack against the Fi156 just taking off obliged the german pilot to make an emergency landing. After a first pass over the enemy aircraft, while the air crew jumped out of the "Storch", Clostermann finally destroyed this objective on another attack on the ground.
Note 5:
Only recorded in personal logbook. Classifed as probable by French Air Force.

An interview with a Free Frenchman, Mr. Clostermann. By Alexandre Jaeg

The Big Show by Manuel Perales