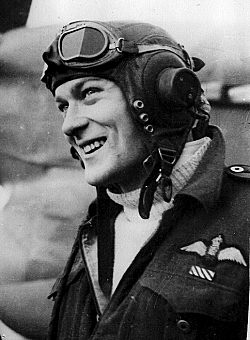 David "Foob" Fairbanks was born on 1923 in USA. When finished his education at High School, he ran away from home to Canada and tried to join the Royal Canadian Air Force (RCAF). He finally succeeded to enlist at Hamilton in February 1941. After training he was posted as a flight instructor to the No 13 SFTS. After a year he managed to be posted in the UK, after advanced and operational training. He joined 501 Squadron at Hawkinge flying Spitfire Vs.

His first victory was a Bf 109 on 8 June 1944, near Le Havre. When 501 Squadron re-equipped to Tempest Fairbanks was posted to 274 Squadron and Tempest. Before the squadron moved to Europe, Fairbanks destroyed two V-1 Flying Bombs. During the next two and a half months he scored 11 1/2 victories!

He was posted to No 3 Squadron in the late December 1944. On 9 February 1945 Fairbanks was posted back to 274 Squadron as a Squadron Leader. "Foob" Fairbanks, the "terror of Rheine" is to return to us, enthused the Squadron diarist!

Two days after he was back he downed a enemy plane, which he identified as a Me 262. Luftwaffe records shows that it was in fact an Arado Ar234B jet reconnaissance bomber. This was the first one destroyed by Allied forces. 28 February after train busting, Fairbanks led his six Tempests into attack of 40 Fw 190s and Bf 109s.

After a hard fight he was finally shoot down by a Fw 190 and was immediately captured and spent the rest of the war as PoW. During his time as PoW he was awarded a bar to his DFC and the second one just after the war. After the war while working for Sperry Gyroscopes he flew Vampires and T-33s with the RCAF Auxiliary. He spent two years in UK flying Meteors. In 1955 he became a test pilot at de Havilland Canada.

At the early age of 52, "the Terror of Rheine" died a natural death. 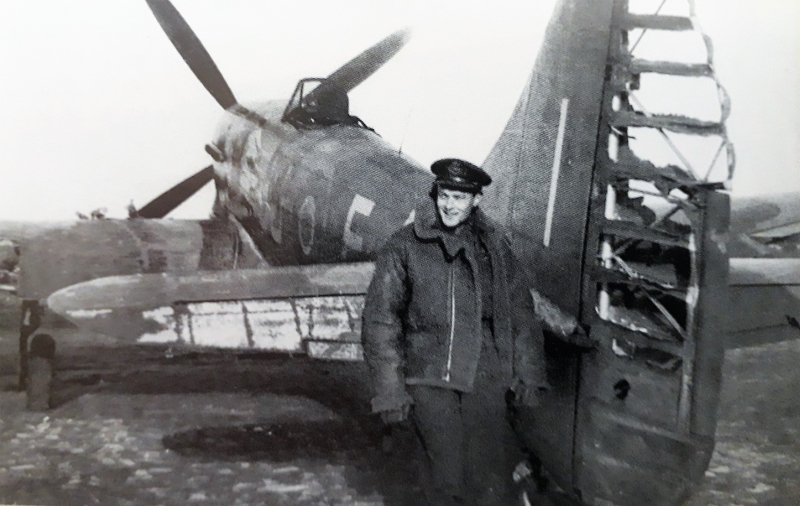