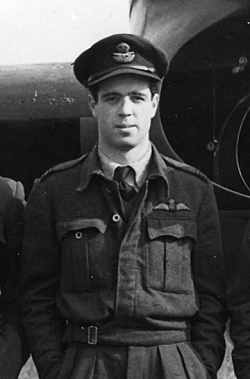 Hawkins started his career flying Hurricanes with 245 Squadron. In October 1941 he crash landed on the Cherbourg Peninsular. He was eventually captured and interned for a year before escaping in a relatively well known escape with Sqn Ldr Higginson.

From December 1942 he was assigned to 56 Squadron, flying Hawker Typhoons. He was the assigned to No 5 Public Relations Service, missing the initial invasion, and was with them until February 1945.

He was then back to 56 Squadron and made his first flight in a Hawker Tempest on February 7th 1945 on a refresher course at 56OTU Milfield. With 56 Squadron he went to Volkel, The Rheine, Fassberg, Copenhagen. 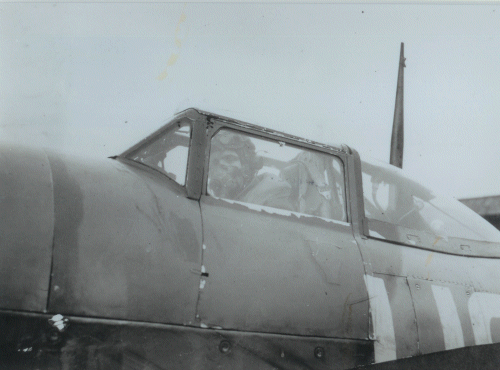 Hawkins in a 56 Squadron Typhoon. 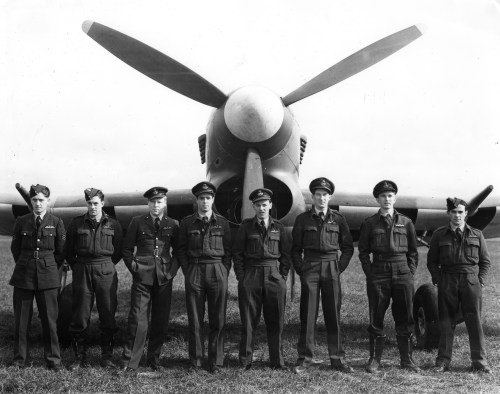 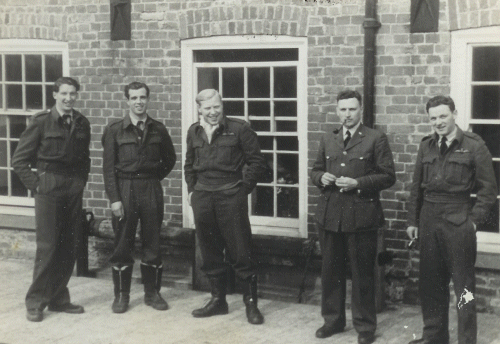 Hawkins, 2nd from left, with friends. 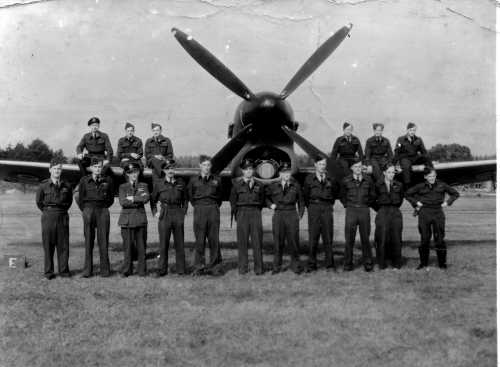 Hawkins 6th from left, hands behind his back. 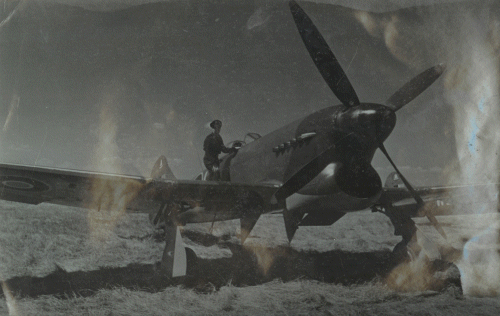