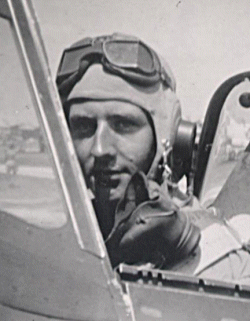 In March of 1944 Denys Heywood was in his last year at boarding school and asked permission to go and volunteer for Flying Duties, his intention being to join the Fleet Air Arm.

He went to Burton on Trent, but after a fruitless search for the Naval Recruiting Office he came across the Royal Air Force Recruiting Office and volunteered for aircrew. Having been put on the Reserve he entered Caius College, Cambridge, as an undergraduate in the autumn of 1944. He was called up in March 1945 and started training as a pilot, flying Tiger Moths and Harvards.

He got his “Wings” in 1946 and then went to an Operational Training Unit flying Spitfires. A posting followed in 1947 to No.32 Squadron flying Spitfires in Palestine, main role at that time being to search for Jewish illegal immigrant boats trying to get to Palestine.

After the Mandate ended the Squadron moved to Cyprus and he was posted to Habbanya in Iraq , where, after a short spell as an A.D.C. he joined No.249 Squadron flying Tempest Mk. VIs.

At the beginning of 1949 the Squadron moved to Egypt to join two other Tempest Squadrons forming 324 Wing. 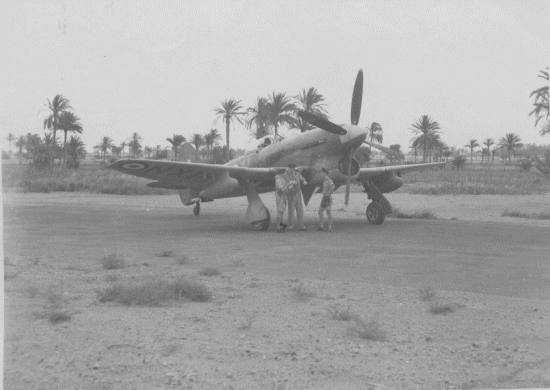 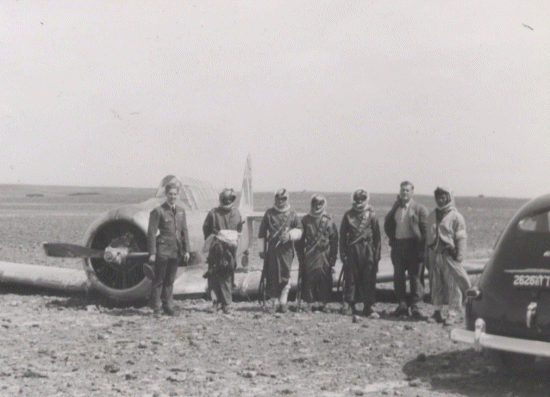 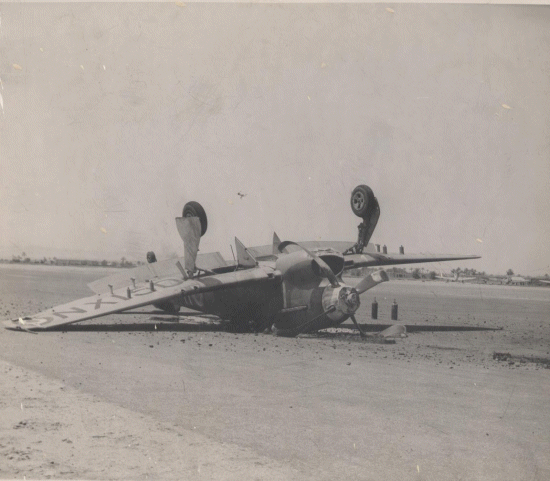 In the middle of 1950 he was posted back to U.K. and joined No.247 Squadron at Odiham in Hampshire flying Vampire fighters.

Later in the year he completed a course to become an instructor on gunnery and bombing. A posting followed in April 1952 to the Operational Conversion Unit at Stradishall, Suffolk, as a Flight Commander Instructor on the Gunnery Squadron flying Meteor fighters. During this period he had a brief detachment to the Fleet Air Arm flying Sea Furies on the Illustrious and also two Light Fleet Carriers, the Triumph and the Glory. A further detachment followed to No.56 Squadron flying Meteors from Waterbeach, near Cambridge, to assist them with some flying problems they were having. Then another brief posting to a staff job at Headquarters Fighter Command at Bentley Priory.

In May 1954 he joined No.112 Squadron at Bruggen in Germany as a Flight Commander flying the Sabre, an American aircraft and the first operational supersonic aircraft in the Royal Air Force. This period was the beginning of the Cold War. In April 1956 the Squadron was re-equipped with the Hawker Hunter.

In June 1956 he was promoted to Squadron Leader and posted to Celle in Northern Germany to command No.94 Squadron flying Venom fighters. Celle was only about 20 miles from the East German border, and Communist MIG fighters could be seen patrolling their side of the border – very cold war! In September 1957 No.94 Squadron was disbanded in company with many other squadrons when the then Minister decided that manned aircraft was not the right way to go, with emphasis being put on rockets.

After a Staff Course in 1958 he was posted as the Staff Officer responsible for Flight Safety at Headquarters No.13 Group, which controlled the northern fighter group. This posting lasted until the end of 1960 and he then attended Staff College at Bracknell during 1961, this being followed by three years at the Air Ministry in London. During this time a very good friend, who trained with Denys, was the Chief Instructor at the Empire Test Pilot’s School at Farnborough, and he arranged for Denys to fly many interesting aircraft.

In the middle of 1964 he was promoted to Wing Commander and started refresher flying via Jet Provosts, Meteors, Canberras and finally the Vulcan at the Operational Conversion Unit at Finningly in Yorkshire, this period being followed by a posting to command No.617 Squadron (‘The Dambusters’) at Scampton in Lincolnshire. It was the height of the Cold War, and they carried the Blue Steel Ballistic Missile with a megaton warhead At that time every V-Bomber squadron had one aircraft permanently ready to go, and frequent “Q.R.A.’s” (Quick Reaction Alerts) were practised with the Stand-by Crews. 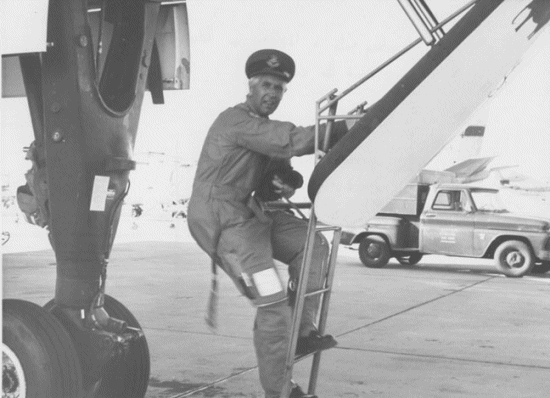 1966 Hawaii - embarking in a VULCAN bomber for the next leg of a round the world operational sortie.

In 1967 he was appointed as Saceur’s Represetative to the Joint Strategic Planning Staff , which was located at U.S.A.F. Strategic Air Command Headquarters at Offutt Air Force Base, Nebraska, U.S.A. Whilst there he was promoted to Group Captain but remained in America until the end of 1970.

The first half of 1971 was taken up with the Air Warfare Course at Manby in Lincolnshire. Then some refresher flying on the Vulcan and a conversion course to the Hercules prior to an appointment as the Group Captain Flying at Akrotiri in Cyprus.

The appointment ended in August 1973 and a posting home followed, with a course lasting five months at the Royal Naval College, Greenwich. At the conclusion of this Senior Officers’ War Course he was supposed to remain at Greenwich as the R.A.F. Director. However, a difference of opinion with the Naval element of the Directing Staff resulted in the cancelling of this appointment and a posting as the Senior Officer in charge of Administration at the Bomber Group Headquarters at Bawtry, near Doncaster. And there he remained until he was made redundant/retired in September 1976 as Group Captain.

Denys Heywood died in the autumn 2010.

A Parish at War

The Webmaster would like to thank Rob Forsyth and Elisabeth Heywood for the permission to use the original article and photos. The original source is so be found here, with several more photos: http://www.deddington.org.uk/__data/assets/pdf_file/0014/9113/DenysHeywood.pdf

A considerable amount of further research has been carried out since the article was first started several years ago. Some data has been corrected and a lot of new information has been discovered. The updated research is now being published in a book A Parish at War. For more information about the book e-mail Rob Forsyth at This email address is being protected from spambots. You need JavaScript enabled to view it.. 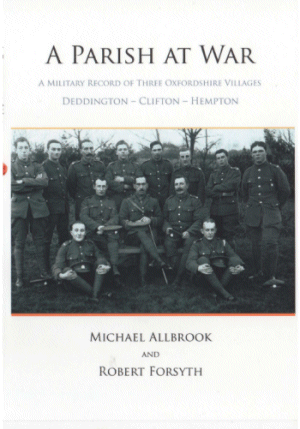