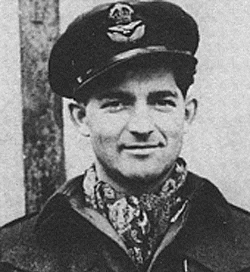 Flying Officer David E. Ness was born in Westmount, Quebec, Canada, on 2 December 1917. He was formerly in the Royal Canadian Artillery and enlisted Royal Canadian Airforce in October 1941. He trained at No. ITS, No.14 EFTS and No. 2 SFTS, and commissioned in 1944.

He was to remain with the squadron until the end of April, he returned to UK from the European mainland on 1 May 1945. He was sent back to Canada on 4 September, where he was released from the service two months later.