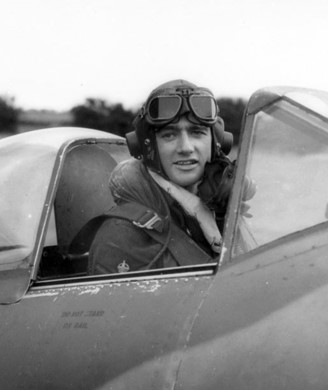 Pilot Officer Hughbert Bailey was born in Adelaide, Australia, on 11 january 1924. He was a student in Booborowie, Southern Australia prior to joining the RAAF. On completion of training in the UK he was posted to No. 3 Squadron flying Tempests during summer 1944.

After the unit had moved to Holland to become part of 2nd TAF he was shot down near Rheine in EJ653 on 22 February 1945 by Lt Waldemar Soffing of I/JG26, becoming a PoW.