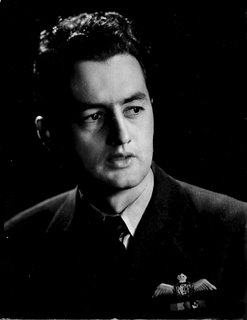 He served in 24th Medium Battery, RCA and enlisted in RCAF in Toronto, 19 December 1940.  Peglar trained at No.1 ITS, No.9 EFTS and No.6 SFTS.
Warren Peglar arrived in UK on 14 January 1943 and was assigned to No.501 Squadron on 1 June 1943. After the tour with 501 Squadron he was transferred to the US 8th Air Force on 12 July 1944 to fly P51D Mustangs with 354 Squadron of the 355th Fighter Wing at Steeplemorden Air Base. While with the USAAF he flew approx 20 missions, including a shuttle raid....England to Russia to Italy to England.

On 25 September 1944 he was contacted by No. 274 Squadron Leader Gary Barnett and asked if he would like to rejoin the RAF and fly Tempests, so on the next day he was flown to Coltishall Air Base. 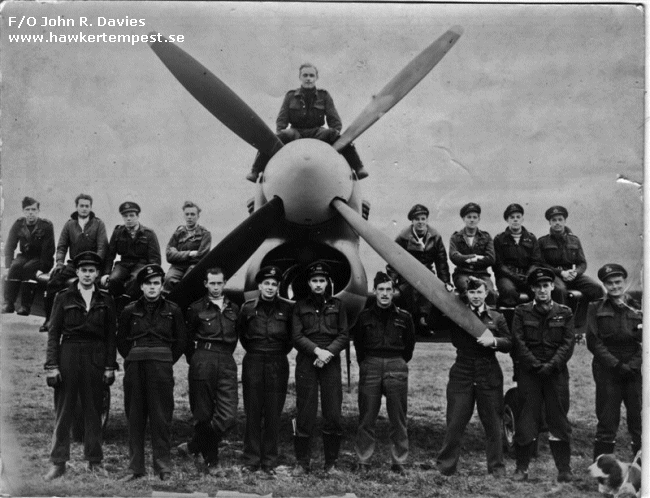 This officer has a fine record of operational achievement. He has completed a large number of sorties against a wide range of targets and has destroyed at least four enemy aircraft in air combat and probably an equal number on the ground. In addition, he has also inflicted much damage on the enemy's mechanical transport. Flight Lieutenant Peglar is an outstanding leader and pilot. His exceptionally high courage and devotion to duty have been most commendable.

This officer has participated in a large number of offensive sorties over Occupied Europe since June 1943, during which time he has destroyed at least four enemy aircraft and probably an equal number destroyed on the ground, in addition to numerous mechanical transport, locomotives and railway rolling stock. He has always shown a keen desire to get at grips with the Hun, and as a Section Leader has proved himself to be a fearless comrade, and much of the great success of the squadron during the past few months in destroying enemy transport and ground targets is due to his tireless courage and determination to press home his attacks in the face of the enemy's concentrated anti-aircraft fire.

Those Other Eagles by Christopher Shores